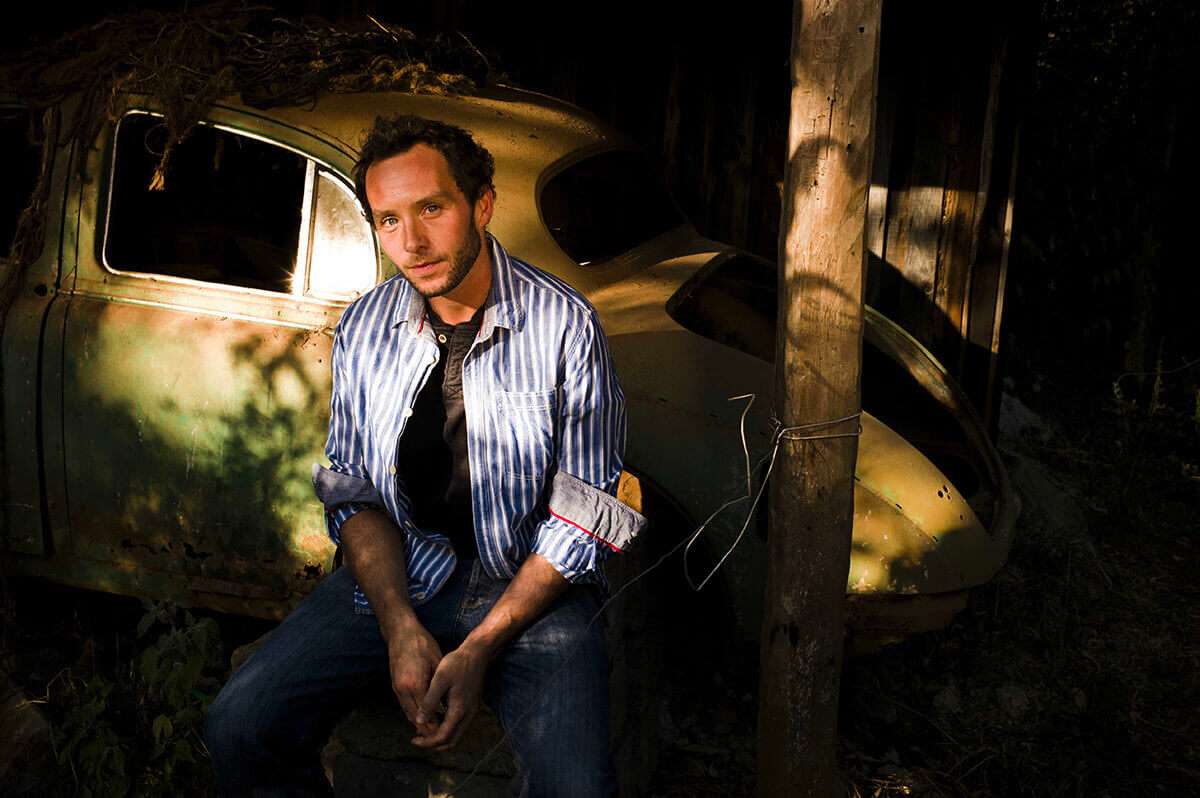 The Yves Rocher Foundation commissioned British photojournalist Phil Hatcher-Moore to explore three large regions of France (Brittany, the Pays de la Loire and Auvergne) and meet the farmers who live and work there

You’re a British photographer who speaks perfect French. Despite having lived in France for many years, you’ve never had a commission here before. What was your first experience like?

I first started taking an interest in photography when I lived in Paris, but my career only really took off when I had already left France – and most of my photo reports instantly whisked me away from Europe. Since returning to the United Kingdom, I’m delighted to be able to tell the stories of both my country and my continent. Of a place I almost consider as home. And in this respect, the opportunity to work in France gave me the chance to explore the French countryside, which I knew very little or nothing about, while being able to communicate and understand the people I met thanks to the years I spent living in France.

Farming is a topic that comes up again and again in photojournalism, but the French farming community is often invisible in the national and international press. What did your work teach you about these communities?

I don’t know if it’s the same in France, but in the United Kingdom, our vision of the countryside and of farming communities is significantly shaped by London-based journalists. Agriculture is a major part of the French economy, and France’s farmers make up a significant and historic part of the population. At a time when we’re finally grasping the limits of our planet’s natural resources, where food production will become a serious issue in light of growing populations and where we need to drastically reduce our impact on the environment, I found it fascinating to meet the men and women who have chosen to do things differently – sometimes as much as decades ago. These people are putting respect for nature and our relationship with Mother Earth back at the heart of farming. And it means that solutions to our problems really do exist. But they rely on education and political reform. Many of the farmers I met told me that embracing these alternative approaches could deprive them of certain French and European subsidies.

One of the Yves Rocher Foundation’s biggest campaigns in France is helping to replant the hedgerows that were dug up in the 20th century. How does your photography illustrate this phenomenon?

It was a real challenge! Back in northern Wales where I’m from, our hedgerows are very old, high and dense. So when I heard that they had been ripped up in France and that farmers wanted to replant them, I was initially surprised. The biggest issue was the age of these new hedgerows. Because they are very young and low, they look completely different from the ones you see in Wales. Many of the farmers I met spoke of their desire to replant the hedgerows that their grandparents had dug up during the land redivision that took place in the 20th century. And it’s quite tricky to photograph the absence of something. So I decided to focus on their energy, their day-to-day lives and the lifestyles they had chosen. We live in the age of the quick fix. We think in the short term and want instantly visible results. But trees and hedgerows are organisms that outlive humans by generations. It takes real selflessness to devote so much to something that will only benefit future generations.

You must have met a lot of French farmers to take their portraits: which of these encounters made the biggest impression on you and why?

Initially, I was struck by the sheer diversity of the people I met. 69-year-old Joseph, for example, has been a farmer his whole life since leaving school at the age of 14. This is someone who remembers seeing horses ploughing fields, and who is now seeing satellite-controlled tractors instead. A few years ago, he bought a hectare of land that nobody wanted and decided to use it to plant trees. I also met Gaël, who has a much more rational approach. Thanks to his expertise in agroforestry, he knows exactly how beneficial hedgerows are for his fields and cows; he works in the same way that a traditional farmer does to calculate how much extra yield adding nitrate might generate. I met people who communicate with trees and others who talk to their cattle. Some were planting hedgerows merely because they had understood that they help to keep soil erosion at bay. But throughout the experience, what stuck and shocked me most were the challenges and obstacles that all these farmers face, caused by institutions, naturally, but also by fellow farmers and their neighbours, who see them as oddballs because they don’t understand their approach.

If there’s one take-away idea you’d like people to remember when seeing your images, what would it be?

I spent two weeks travelling around 4,000 kilometres of French countryside. My preconceptions were challenged by the reality on the ground. I realised that new intensive farming technologies aren’t necessarily the key to boosting productivity on farms. The men and women I met taught me that diversifying crops results in healthier food production that coexists harmoniously with the natural world. In an age where monoculture farming appears to be the norm, this holistic approach strikes me as something that is more in tune with nature. I think that by reflecting on farming, we can tackle other challenges in other areas that our society is currently facing.

The guardians of the land

1 tree planted every 3 seconds: with our global community, this is our pledge to biodiversity.
DISCOVER THE Photography, People & Nature PROGRAMME