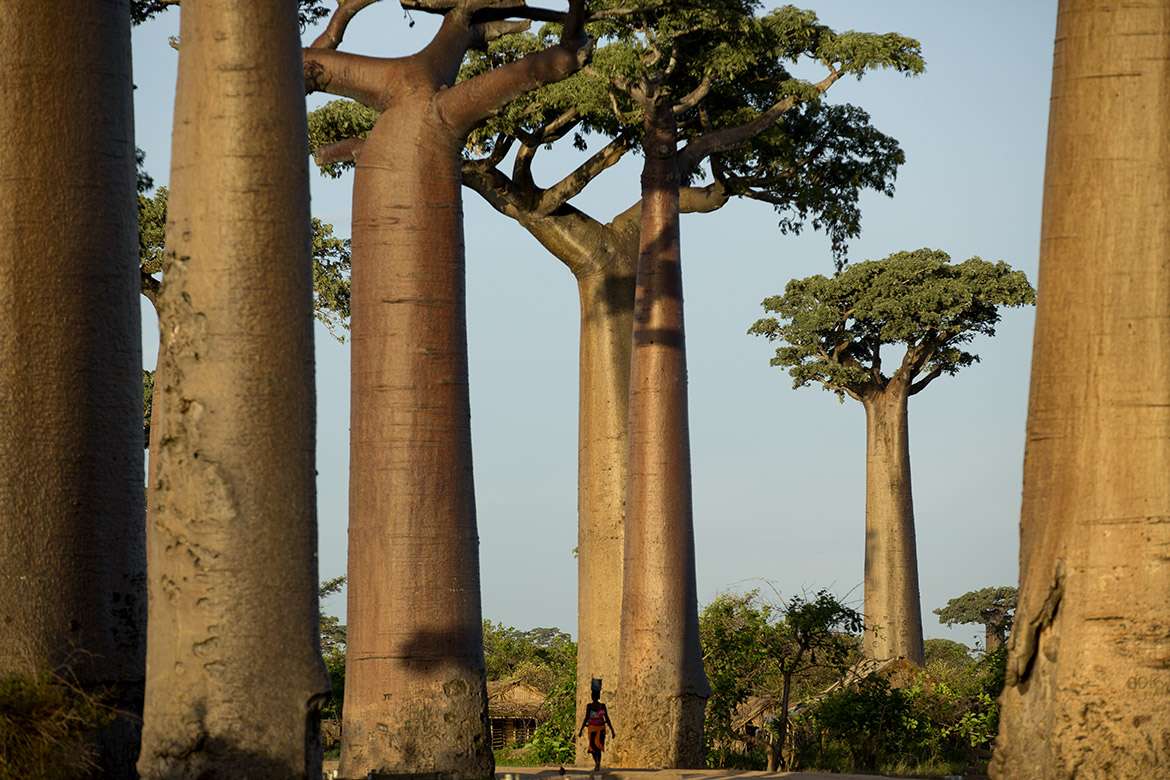 I was instantly touched by the people I met, by the generosity and kindness of the locals. Each trip I made over there left me fascinated and deeply moved. The more I saw, the more I wanted to see: the people, the exceptional biodiversity… And, of course, those incredible baobabs. 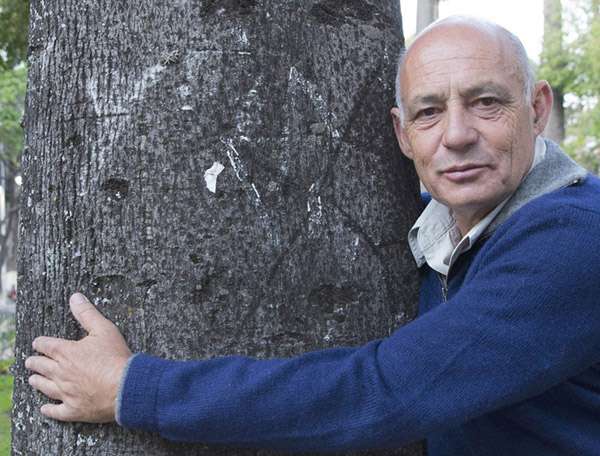 Baobabs are symbols of power and live incredibly long lives: the oldest baobab, known as ‘The Grandmother’, is thought to be over 1,600 years old.
And yet the Madagascan baobabs are endangered, and feature on the International Union for Conservation of Nature’s Red List of Threatened Species.
“Many baobabs are keeling over as a result of soil deterioration linked to agricultural clearing,” explains Pascal Maitre. “It’s quite distressing to see these fallen totems; it’s like looking at a beached whale.”
The dangers of climate change also weigh heavily on the island and its wonderful inhabitants. Rising temperatures, drought, more frequent cyclones… All of these factors could contribute to the disappearance of this force of nature. 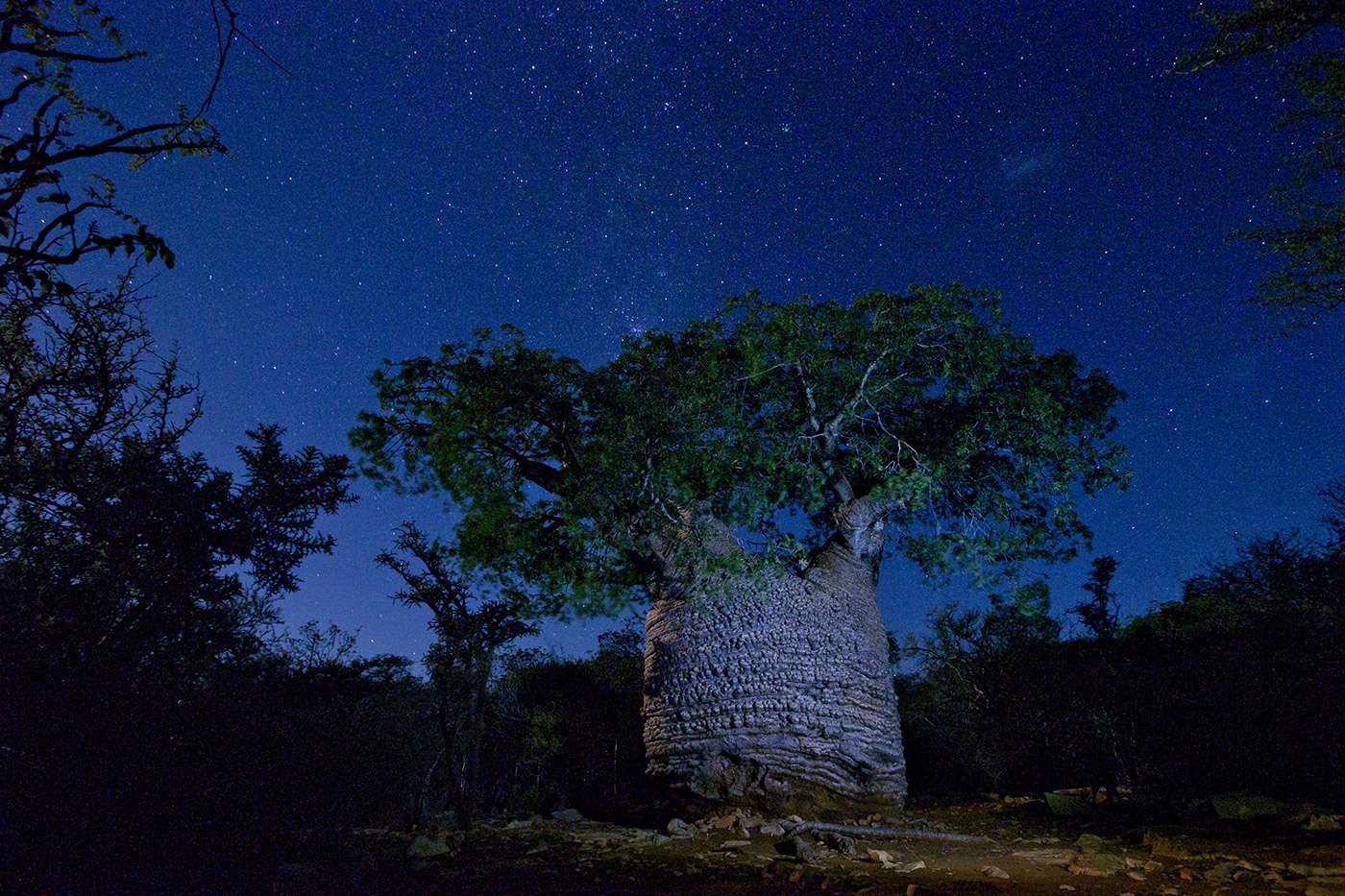 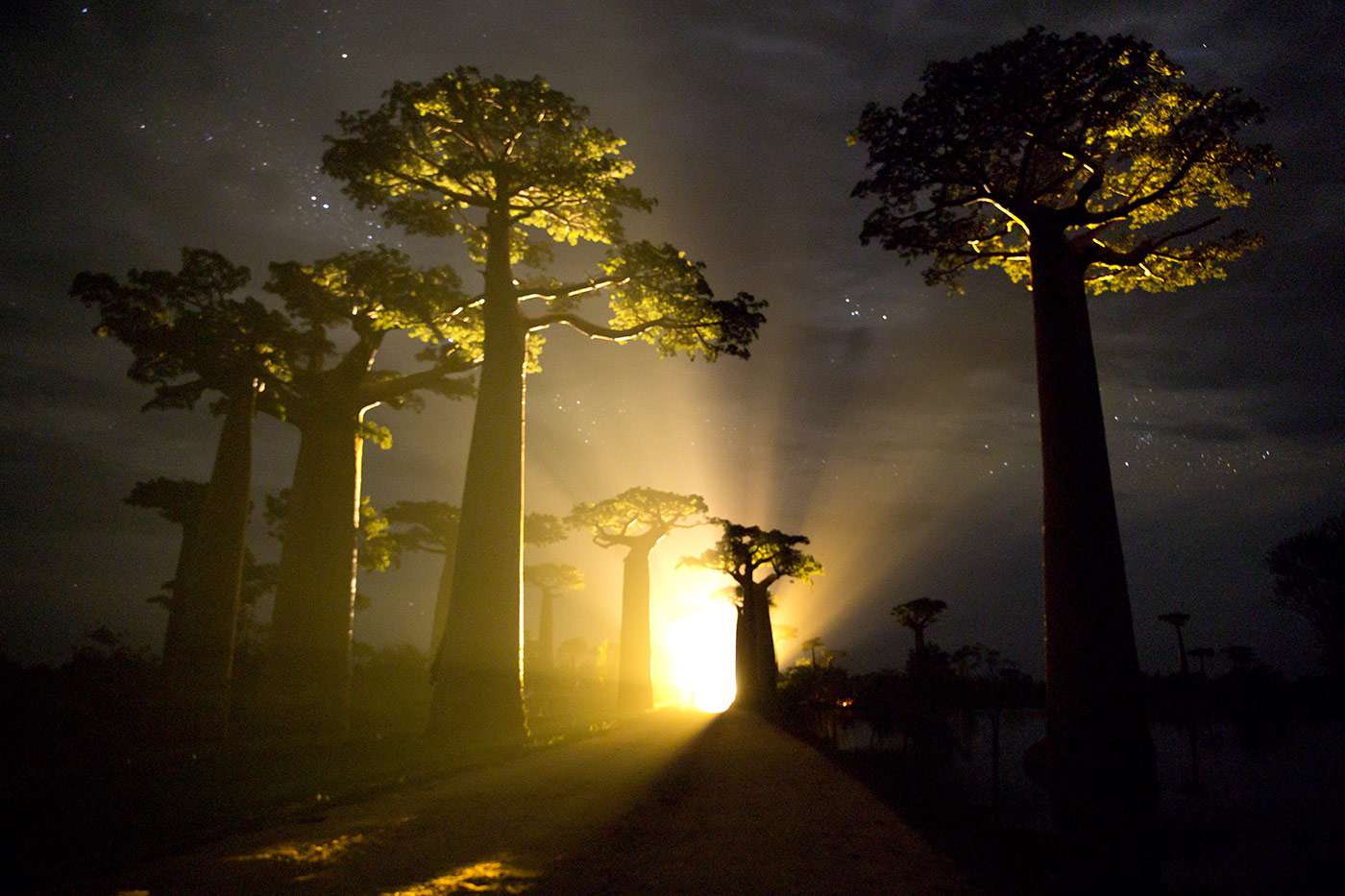 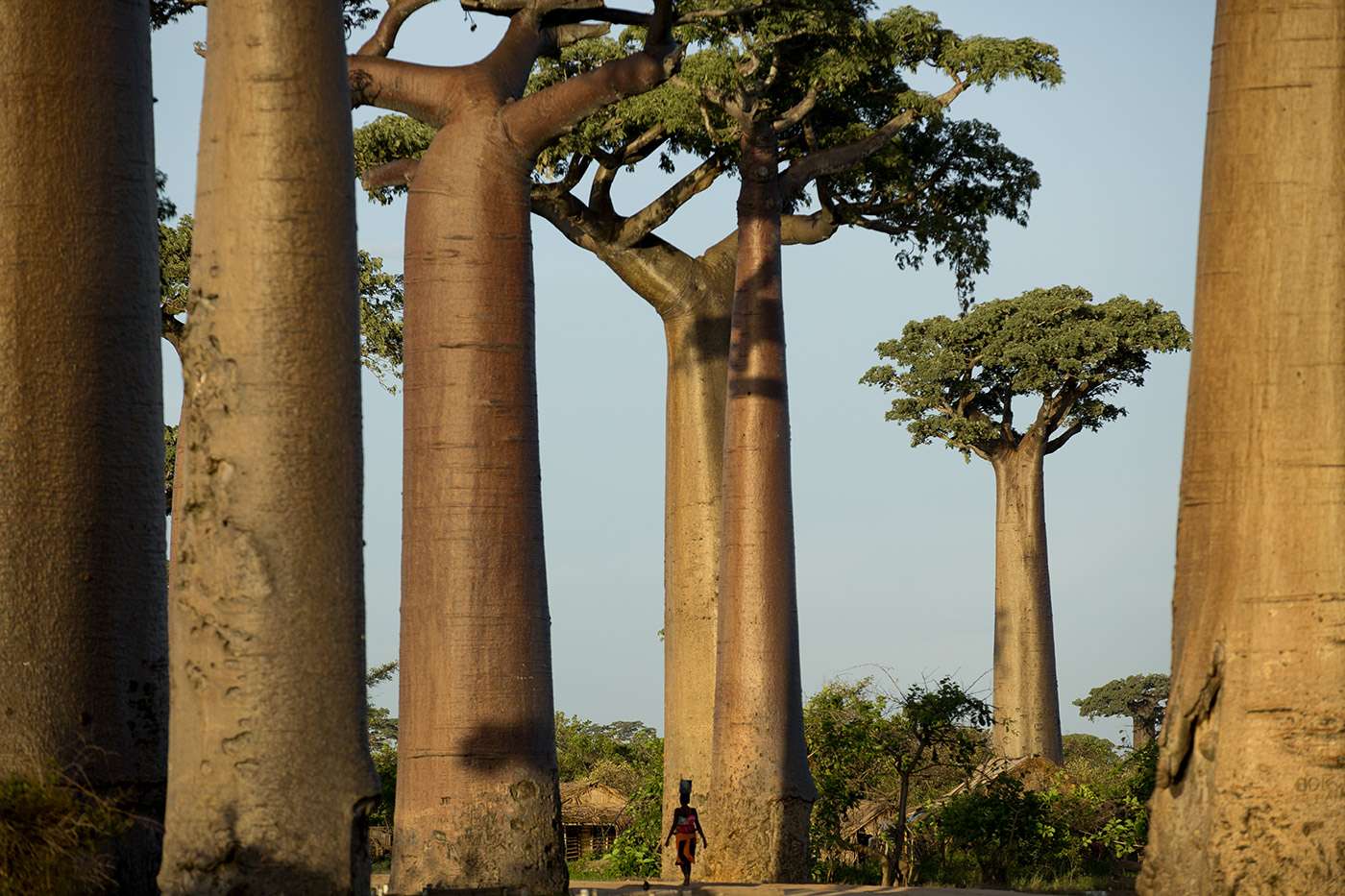 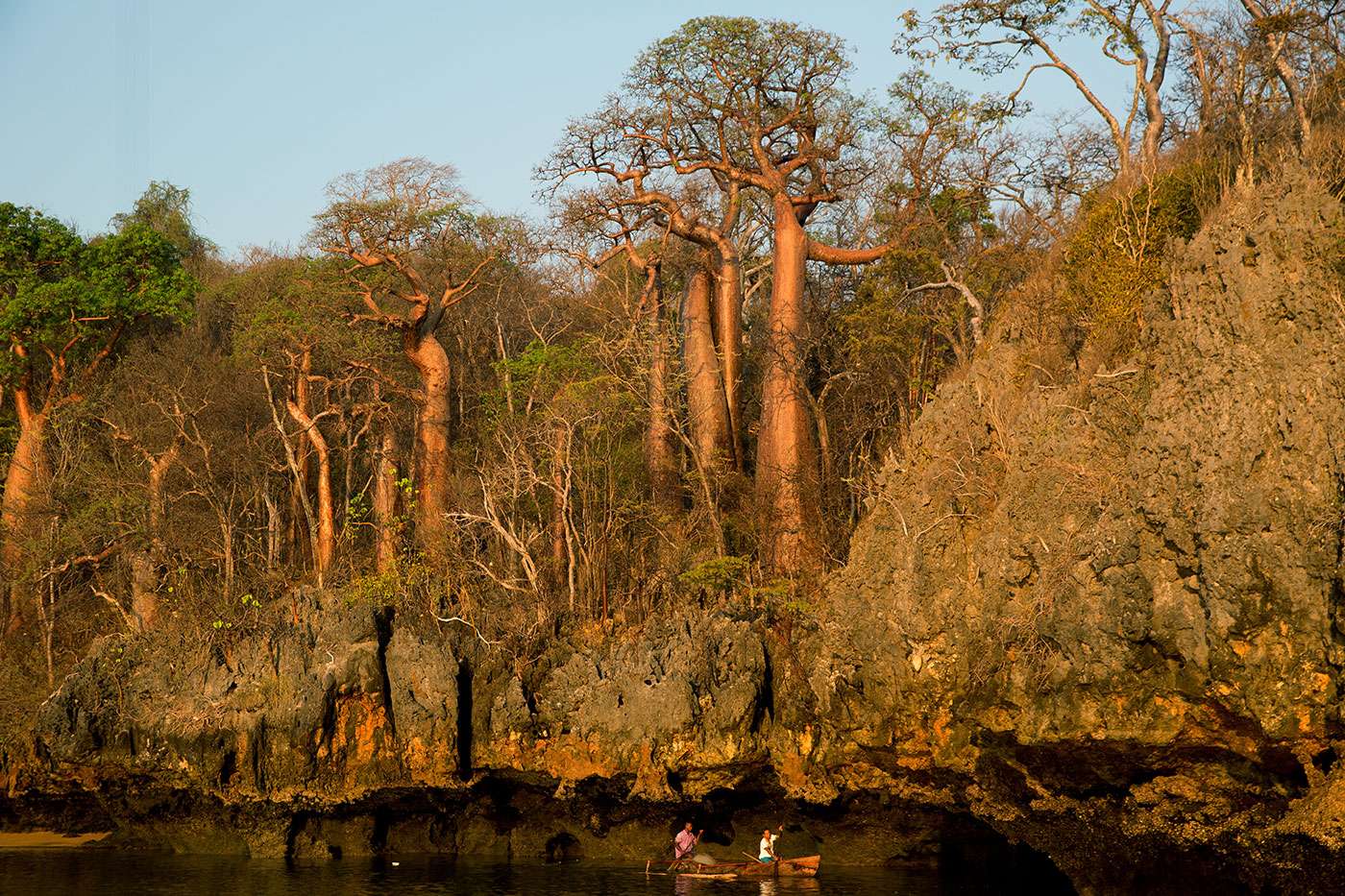 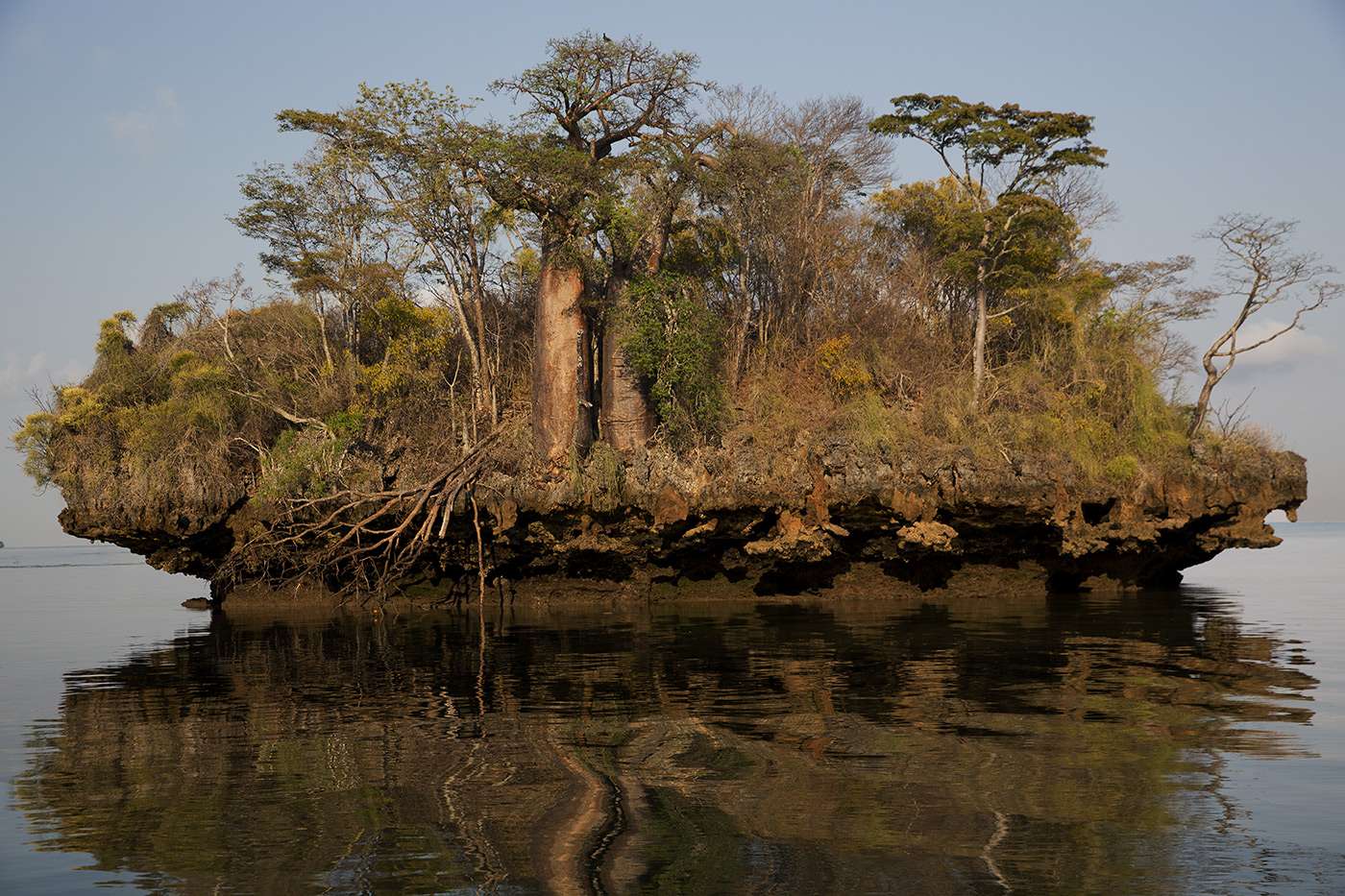 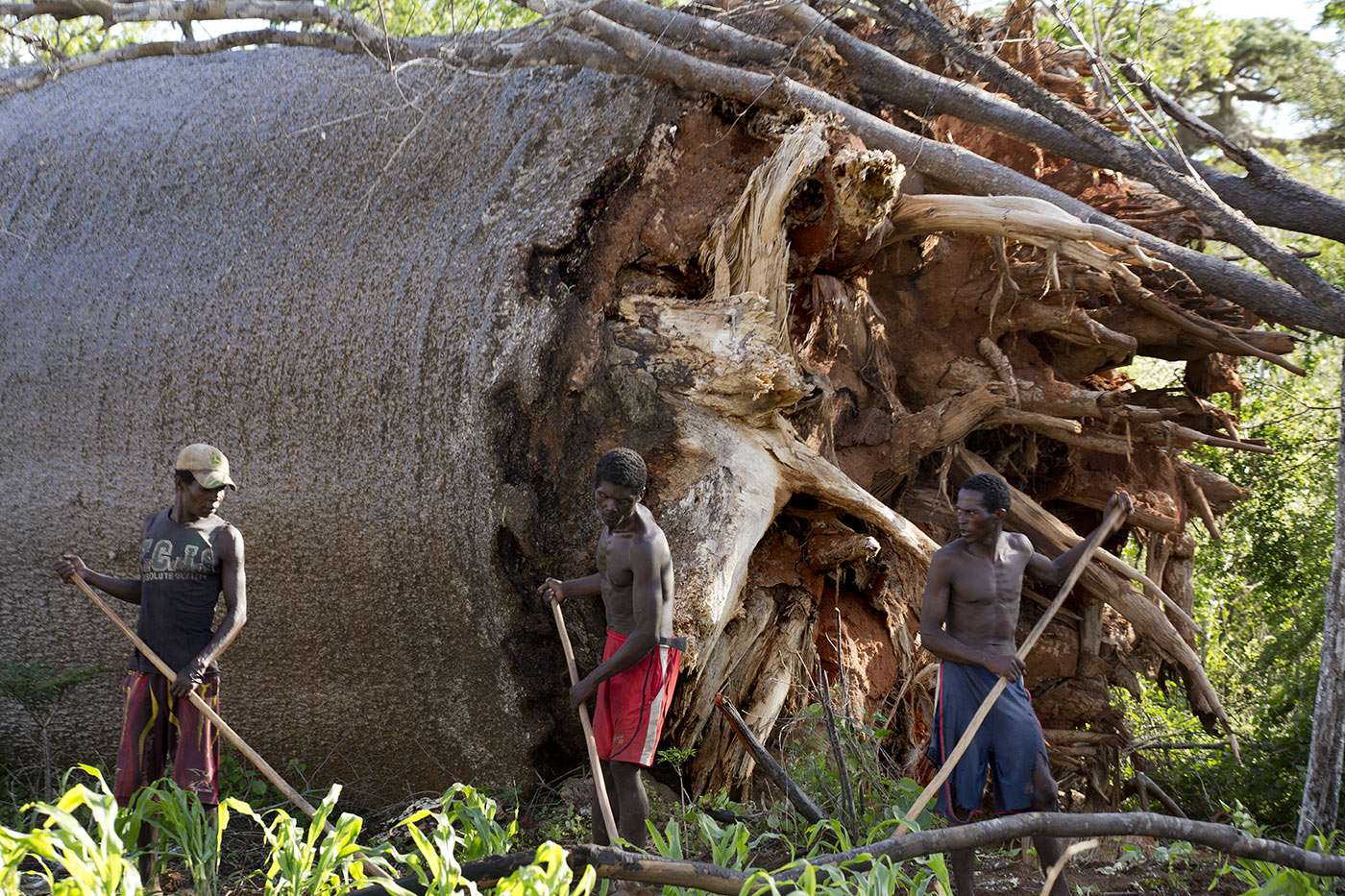 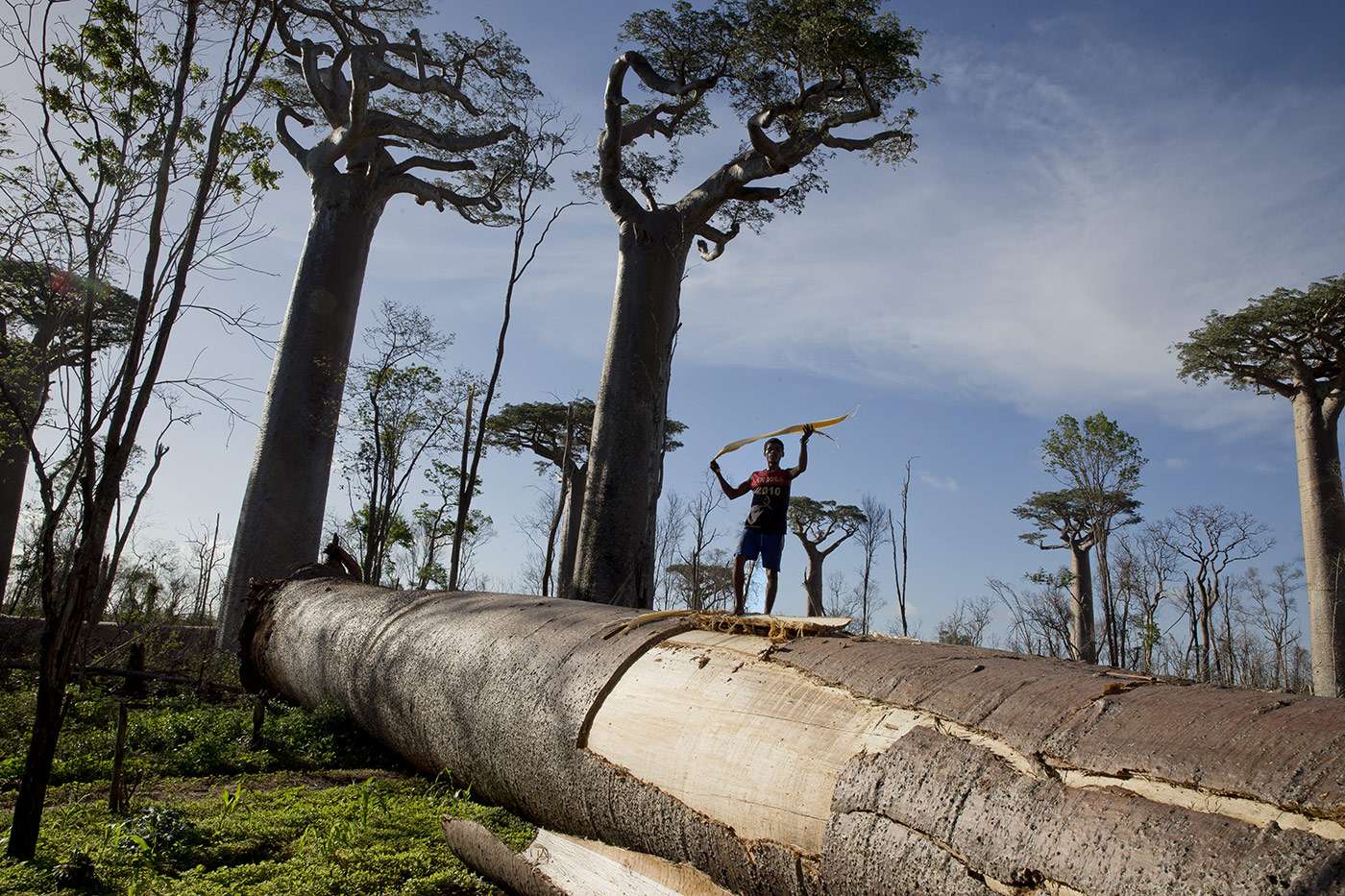 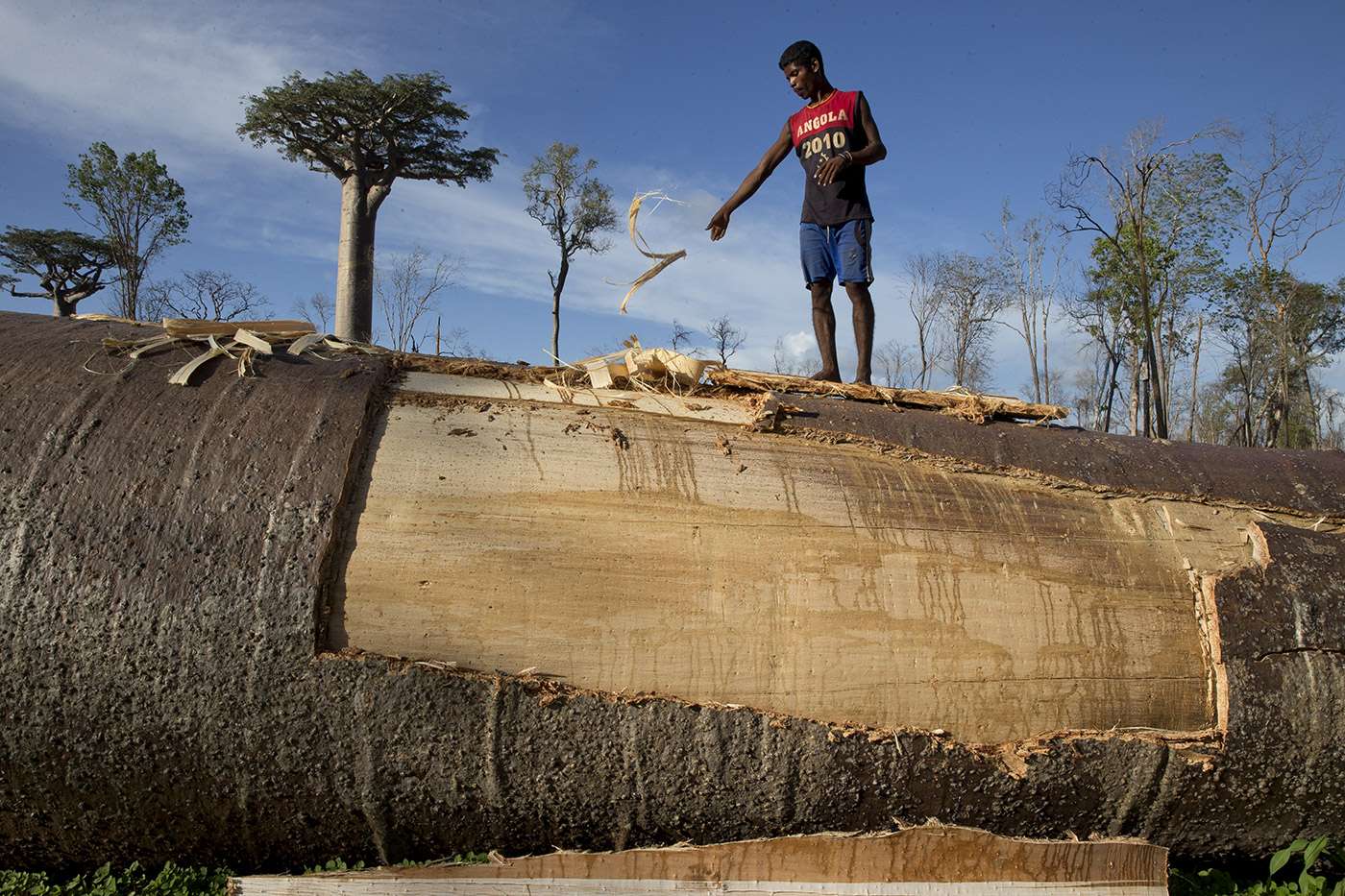 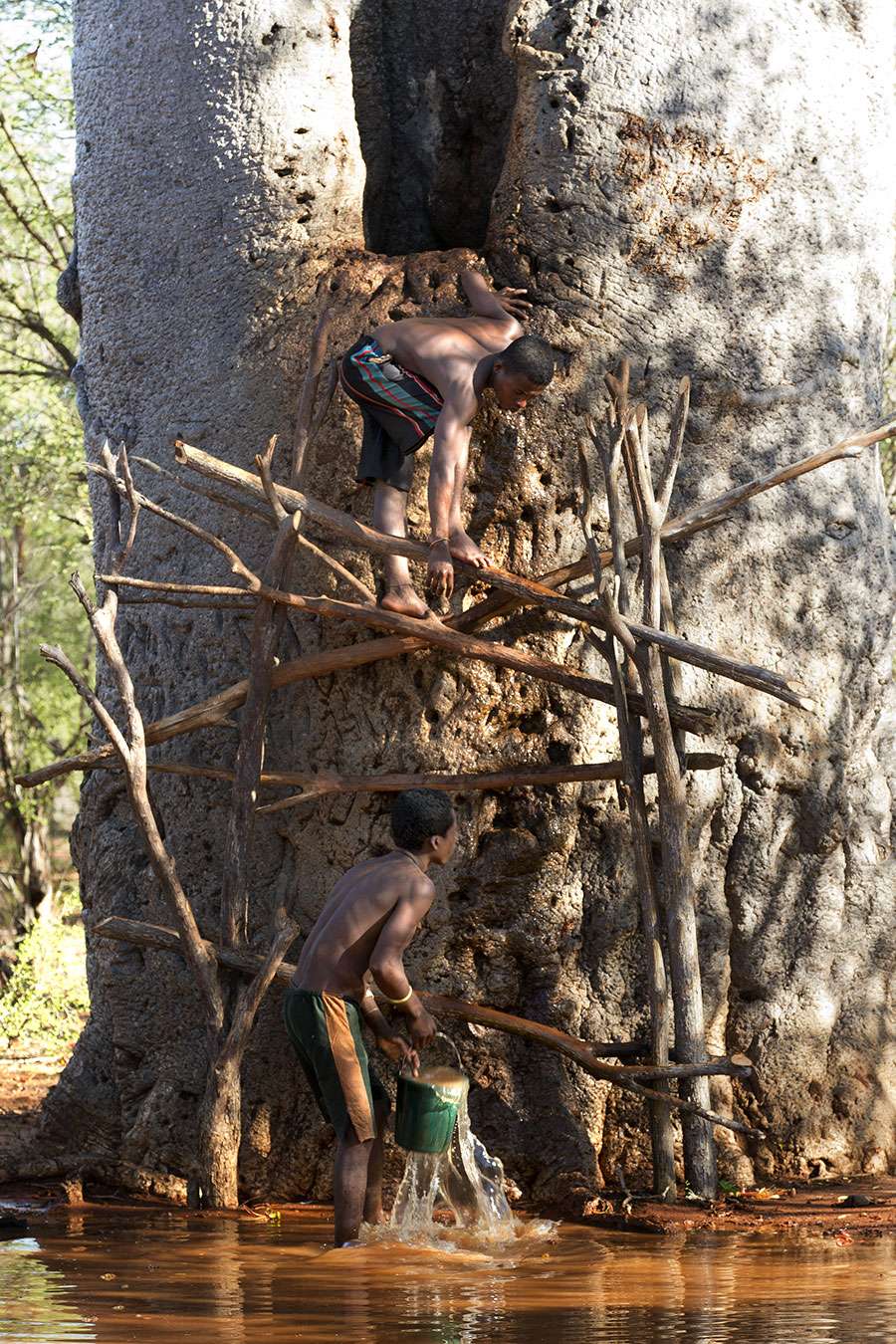 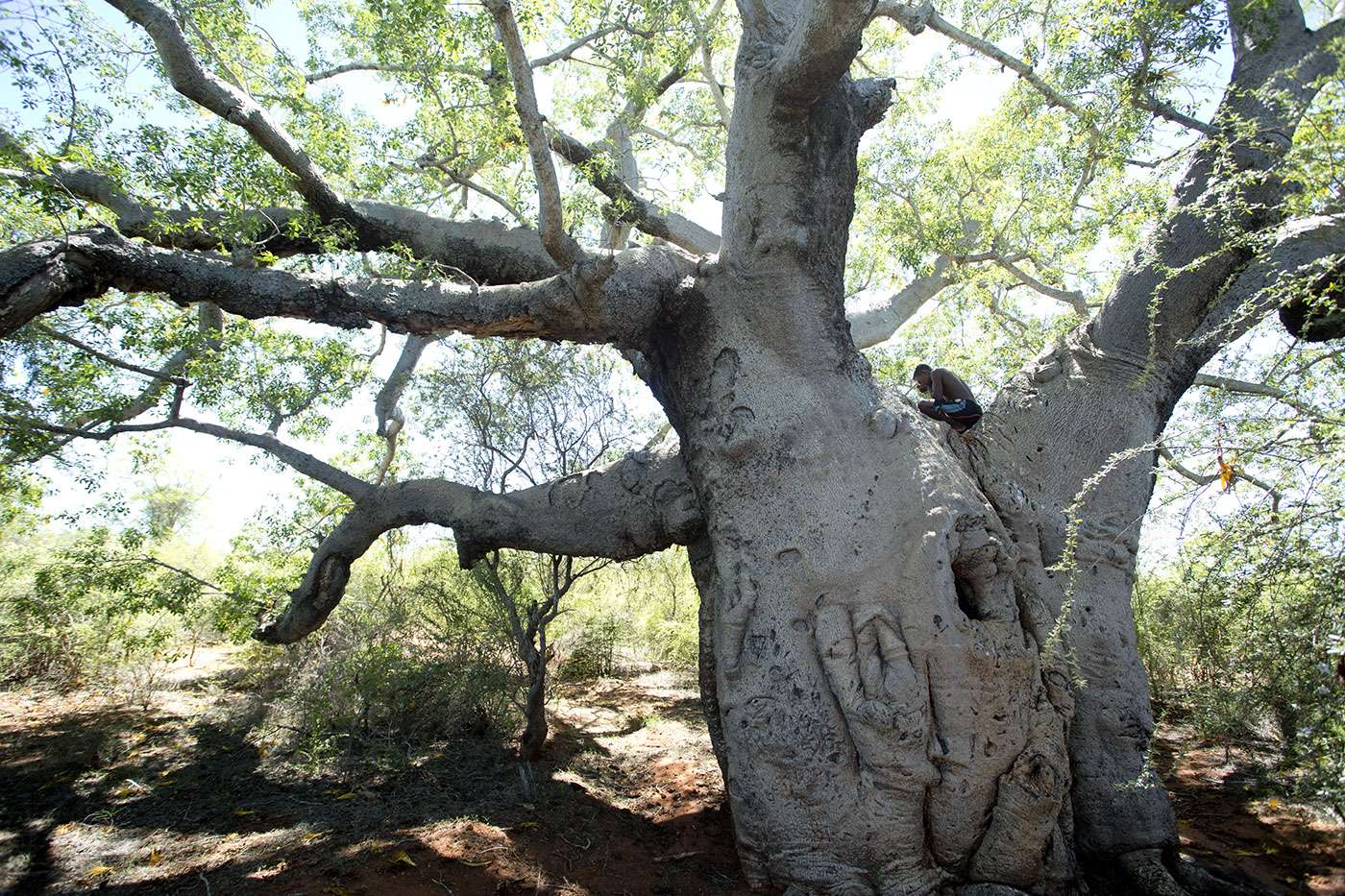 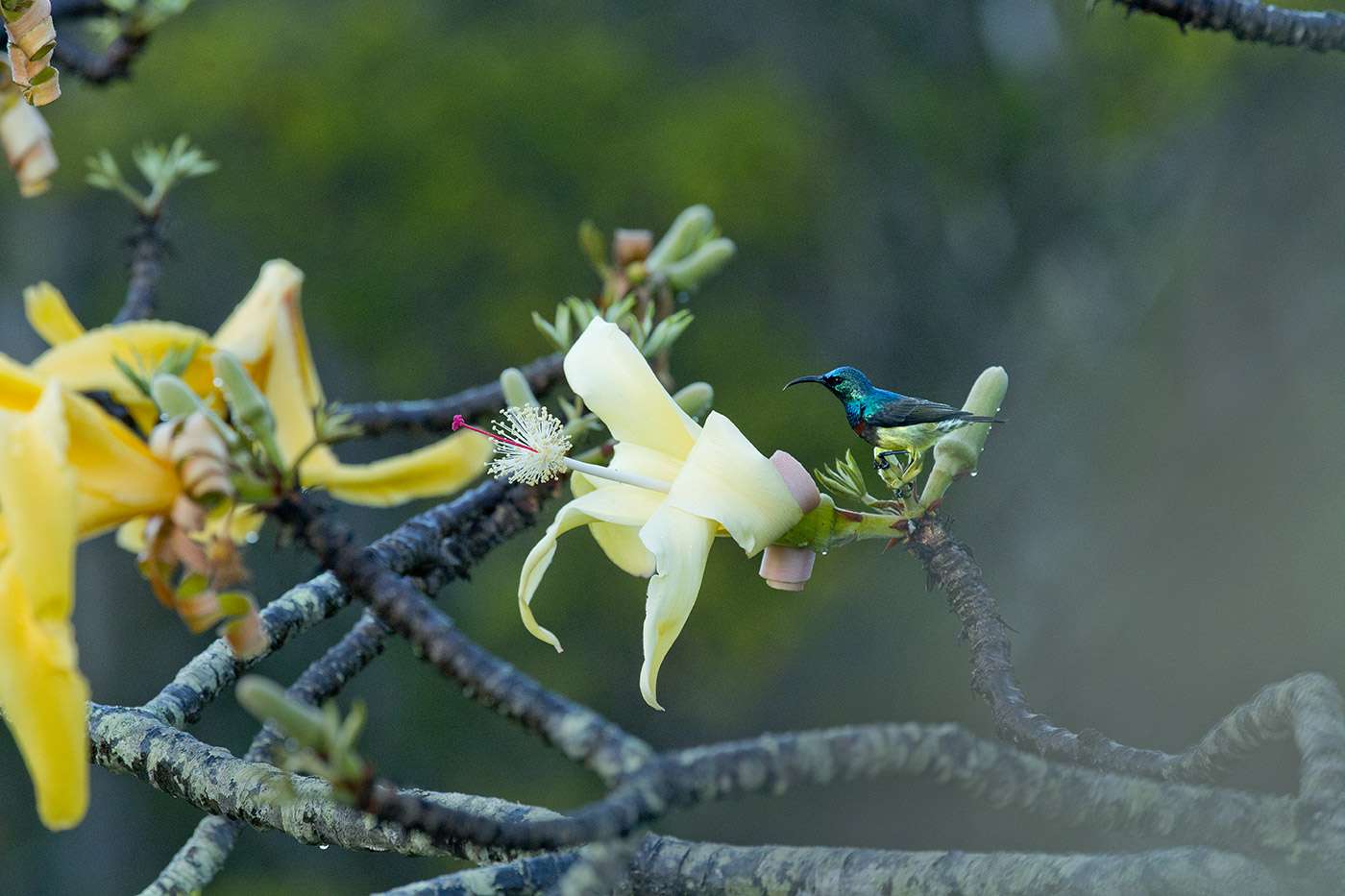 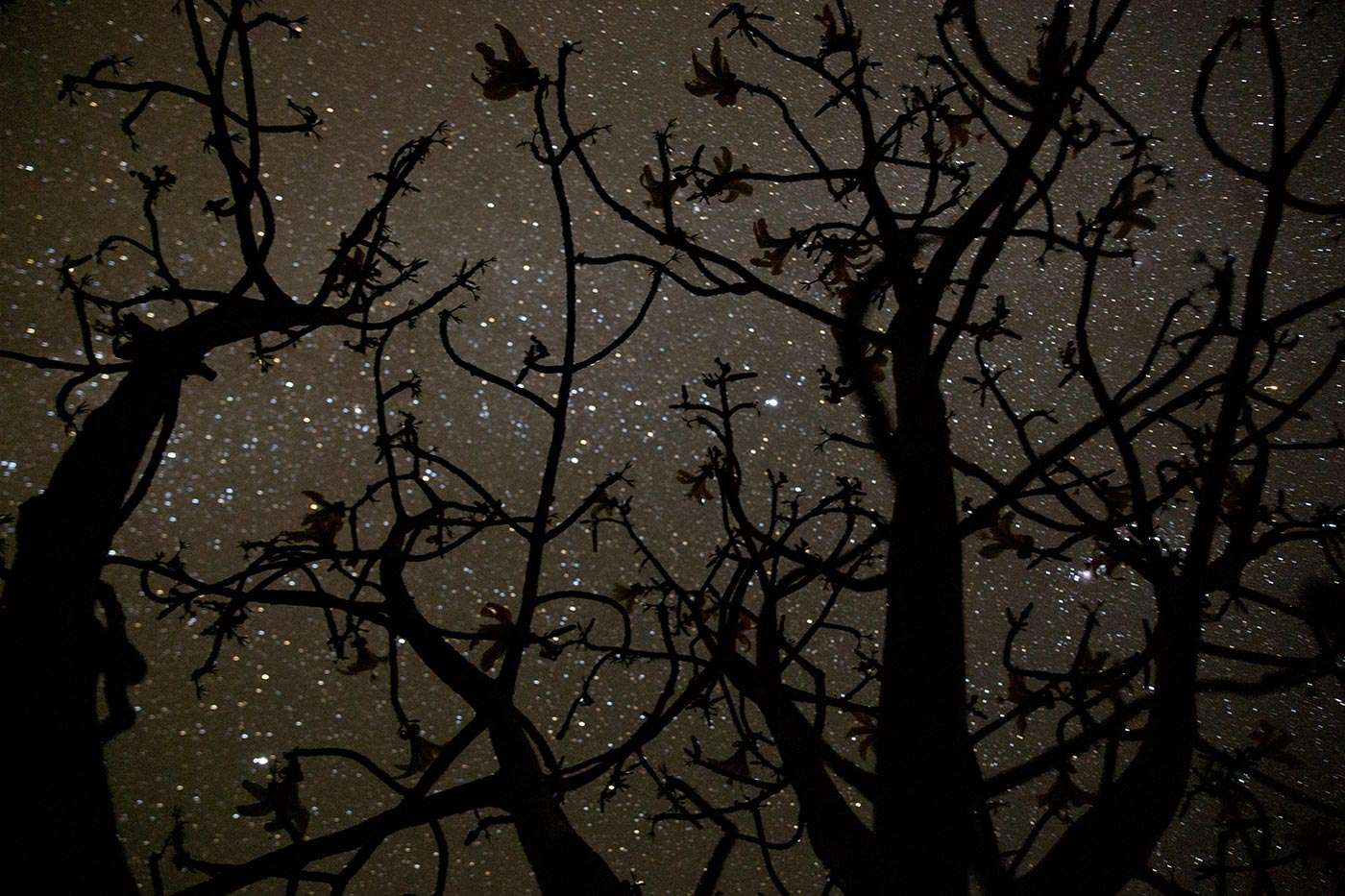 A TREE THAT’S USEFUL TO HUMANS AND IMBUED WITH SPIRITUALITY

These spectacular giants have a number of uses. Their fruits are edible, and their pulp is mixed with water and sugar to make a refreshing, nourishing drink. On the Mahafaly plateau (a particularly arid area), live baobab trunks are hollowed out and turned into reservoirs to stock water during the rainy season. These precious supplies see men and women through the dry season. “The baobab is the only tree that can be hollowed out and filled with water without it dying or rotting,” says Pascal Maitre.

Photographing a baobab is about magic, storytelling and dreams as much as reality. My work illustrates the close connection humans have with these trees. This legendary tree is a daily feature in Madagascan life. Humans cannot survive without baobabs.” Pascal Maitre

The tale of this sacred tree starts with a story. According to legend, God uprooted a tree in his wrath and replanted it upside down. Ever since, its branches have been reaching up to the sky and communicating with ancestors. As a result, it has become a staple in shamanic healing ceremonies.

THE BAOBAB: A FRAGILE SYMBOL

The Arab traveller Abdallah Battuta was the first to describe these trees in the 14th century, calling them ‘bu hibab’ (‘fruit of many seeds’), which gradually evolved into ‘baobab’. Today, nine species of baobab exist around the world, two on the African continent, and one exclusively found in North-Western Australia. The remaining six species of baobab are native to Madagascar. According to Pascal Maitre, the baobab plays a crucial role on the island. “The baobab is the symbol of Madagascar!”
Its flowers are rare and very fragrant: they attract pollinating insects and many other animals, birds and bats, which feed off their nectar. They blossom for one night only, making the world wait while highlighting just how delicate and fragile this force of nature can be.

find out more about Pascal Maitre’s work on his website:

Now more than ever, our planet needs each and every one of us to take action. Through your lens, you are bearing witness and encouraging change. If you have any questions about the Award and/or if you’d like to tell us about the work you’re currently involved in, please get in touch!
CONTACT US