Home
Gold Rivers – The Land in Between 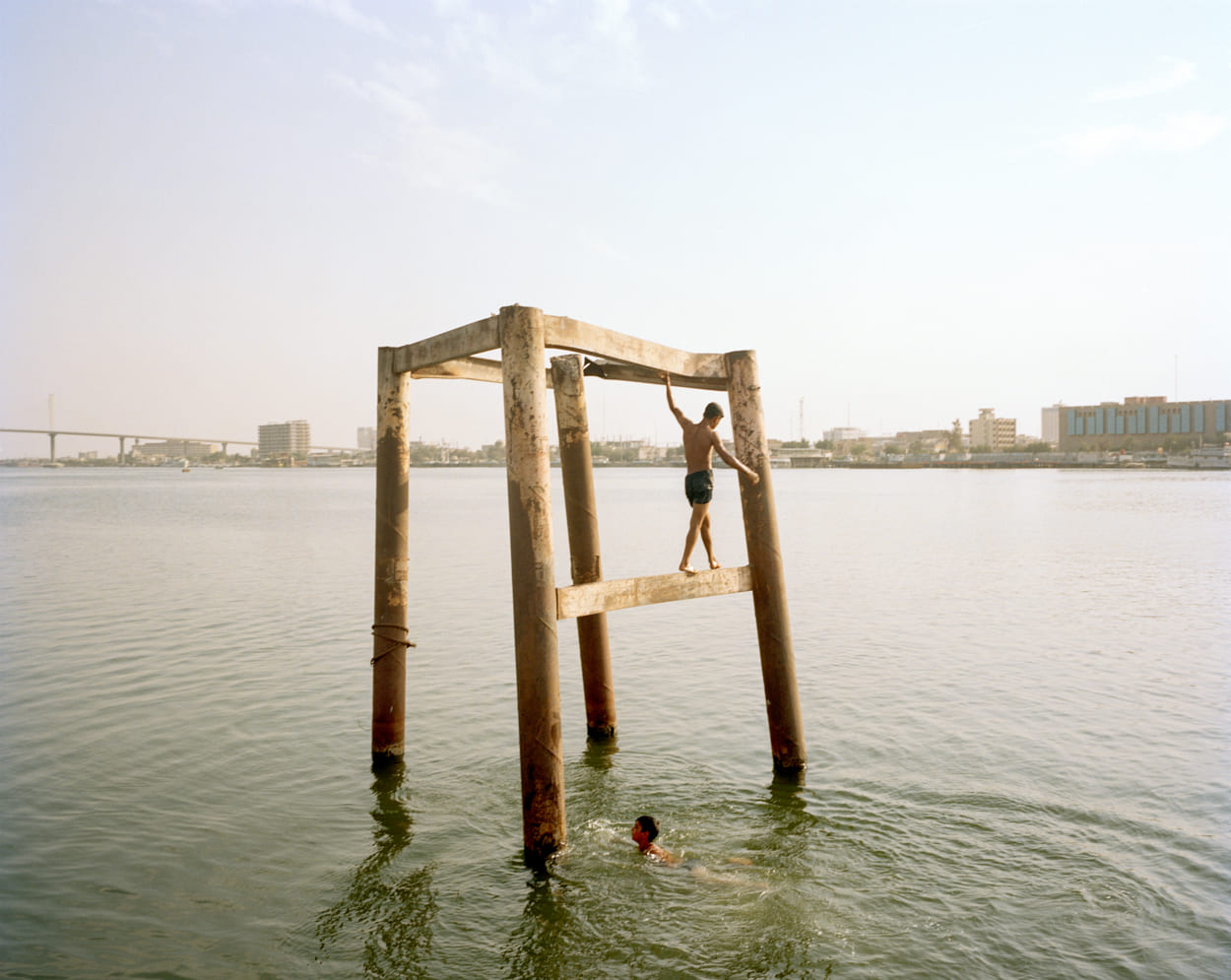 In Basra, the country's second biggest city, the water situation for the three million inhabitants is just as bad. "We can't give it to the livestock any more, nor can we wash in it without getting sick. More than 100,000 people ended up in the hospital, poisoned," asserts Hashim, an inhabitant of Al-Tannuma, the popular quarter situated on the eastern bank of the Shatt al-Arab. Youngsters are swimming in the Shatt al-Arab in Basra. Iraq
Photographers
·4 min·0

Gold Rivers – The Land in Between

Mathias Depardon, winner of the 2020 Yves Rocher Foundation – Visa pour l’Image Photo Award, is a French photojournalist whose documentary approach is based on full immersion in subjects that reveal important socio-economic and political issues in high-tension territories. His ambition with “Gold Rivers – The Land in Between” is to raise awareness of an upcoming water crisis in Mesopotamia’s mythical rivers before it is too late and the region descends into a new war.

Mathias Depardon’s project focuses on the depleting water resources of the Tigris and Euphrates rivers, and examines the consequences of a ‘water war’ in the making in an area already scarred by war and violence. Much has already been done over the past seven years in Turkey and Iraq, where the photojournalist explored the hydroelectric dams operating on these rivers.

Now, he wants to document the ecological, social and political consequences of the regional management of Middle Eastern water basins: land drying out, populations being displaced, and water shortages. He also aims to show how these two rivers irrigate a land steeped in tradition and history.

In the heart of Mesopotamia, between the rivers

The Tigris and the Euphrates are the two major river basins that irrigate much of the Middle East, and both are drying out at break-neck speed. The Euphrates originates on the Armenian high plateau in present-day north-eastern Turkey. It snakes its way across Syria, Raqqa and Deir-ez-Zor (territories that were occupied by the Islamic State for three years) before meandering down into Iraq, where it meets the Tigris on its way down from Diyarbakır, Mosul and Baghdad. Both rivers discharge into the Persian Gulf.
The confluence of these two mythical rivers gives rise to the Shatt al-Arab river and feeds the southern Iraqi marshlands and their unique ecosystem, which were added to the UNESCO World Heritage List in 2016. 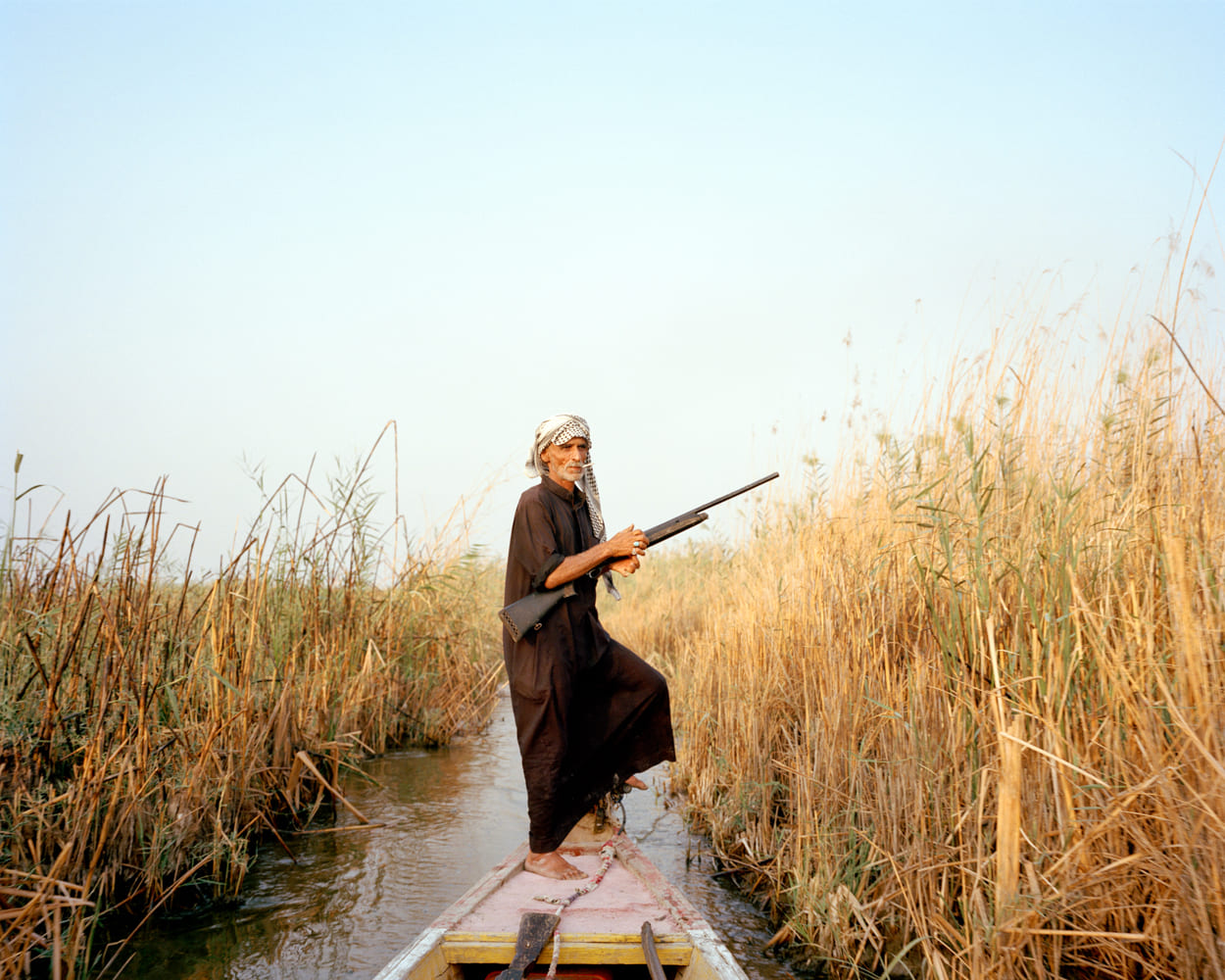 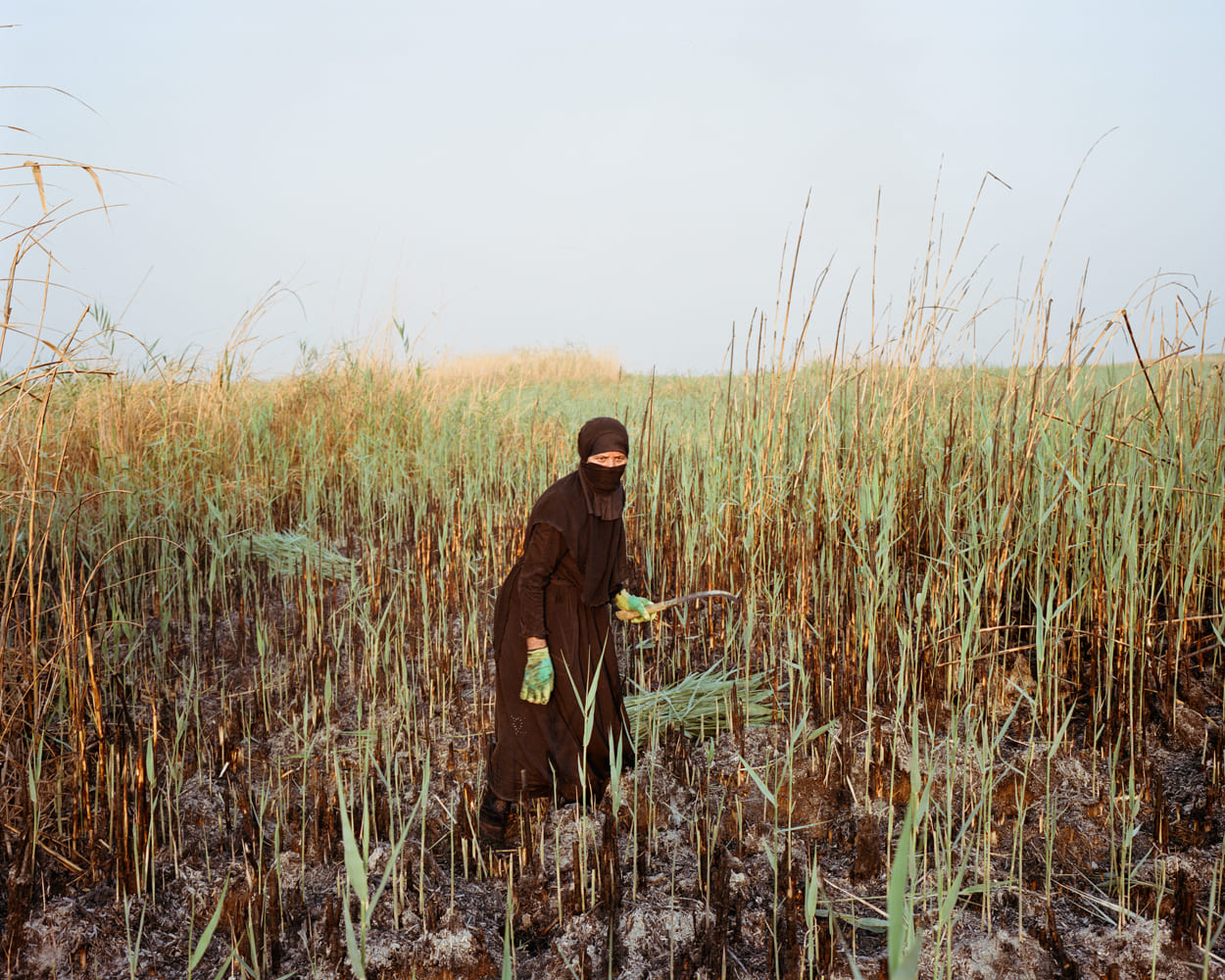 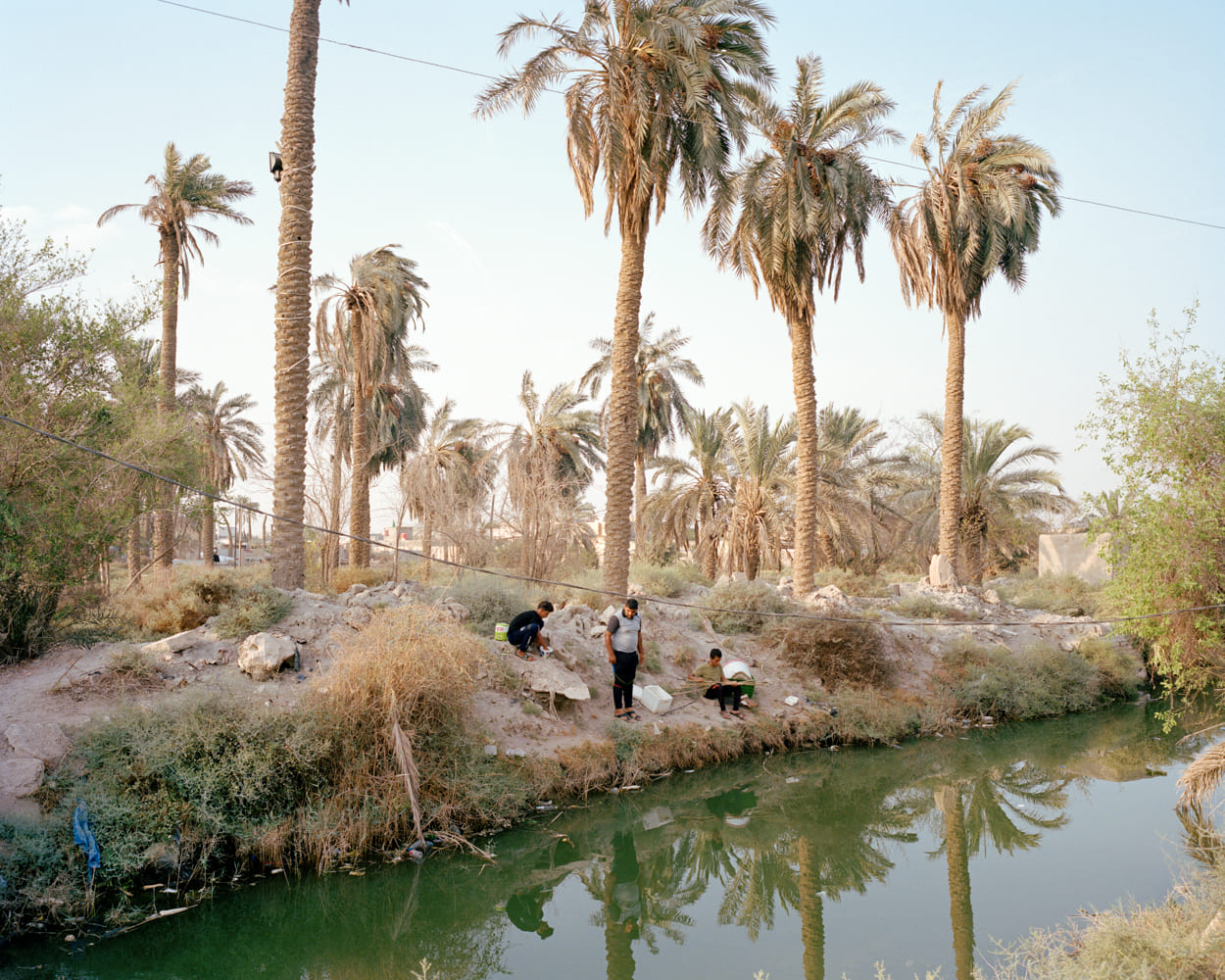 When rivers dry out: a danger to the local population

Today, the largest wetlands in the Middle East are disappearing. In the marshland town of Al-Chibayish, 60,000 people rely on farming to survive.
The two rivers play a central role in the daily lives of millions of people, serving as the basis for settlements in regions with over 10,000 years of history, all epicentres of invaluable world heritage and the birthplace of the written word. Mesopotamia, which literally means ‘between the rivers’, is the cradle of many civilizations and has fascinated all the greatest explorers, from Alexander the Great to Marco Polo.

High risk: the outbreak of a water war in the Middle East

Ever since the threat of drying out began to loom over the two rivers, journalists and analysts have been predicting the outbreak of a water war in the Middle East.

This crisis is not just the result of climate change; it is primarily caused by Turkey’s retention of river water.
Ankara has built numerous dams in south-eastern Turkey, which is predominantly Kurdish, as part of its GAP project (also known as the Southeastern Anatolia Project). When it is completed, the GAP will irrigate 1.7 million hectares of arid land from 22 dams on the Tigris and the Euphrates.
In the past, water has often been used by Turkey as political leverage against its southern neighbours.

In the absence of any formal agreement with Iraq and Syria, the construction of these dams is considered a violation of international law.
Using large dams is also a symbol of political power and a desire to dominate a territory: Turkey has redrawn the borders of Anatolia, particularly in Kurdish regions where the Kurdistan Workers’ Party (also known as the PKK) guerrilla movement is rife.

By 2025, the flow of the Euphrates could be reduced eightfold in comparison to 2011. By 2040, the two main rivers of Mesopotamia may no longer flow all the way down to the sea in the Persian Gulf. But Iraq’s long-term economic stability depends, in part, on water to reduce its agricultural imports and boost its industry. According to the World Bank, 15% of the population does not have access to a source of drinking water.

More than anything, Iraq needs peace. Water scarcity could tip the country into another war or prolong the current one. – Mathias Depardon

In Mosul, which was liberated from Isis but destroyed in the process, the dam on the Tigris sustained severe damage.
The Islamic State quickly targeted strategic dams, using them to expand its territory along the rivers.

As mentioned, the damage done to these two rivers is largely political and therefore far from irreversible. – Mathias Depardon

In order to complete his project, Mathias Depardon must visit Iraq once again, travelling along the Tigris river from the Turkish-Iraqi border to Baghdad via the liberated but devastated town of Mosul. He is seeking to highlight the difficulties faced by the people of the city during a period of post-conflict reconstruction, while documenting the Mosul dam which is, once again, on the verge of collapse. If this happened, the consequences could be catastrophic: the deluge could flood the Iraqi capital of Baghdad, located 400 kilometres to the south, and affect up to 1.5 million people.

Are you working on a photojournalism project that carries an important message about the environment and the relationship between humans and nature?

If so, apply to the Yves Rocher Foundation & Visa pour l’Image Photo Award to be in with a chance of winning a grant, an exhibition and support from artists committed to a cause.