Home
The Amazon is in danger 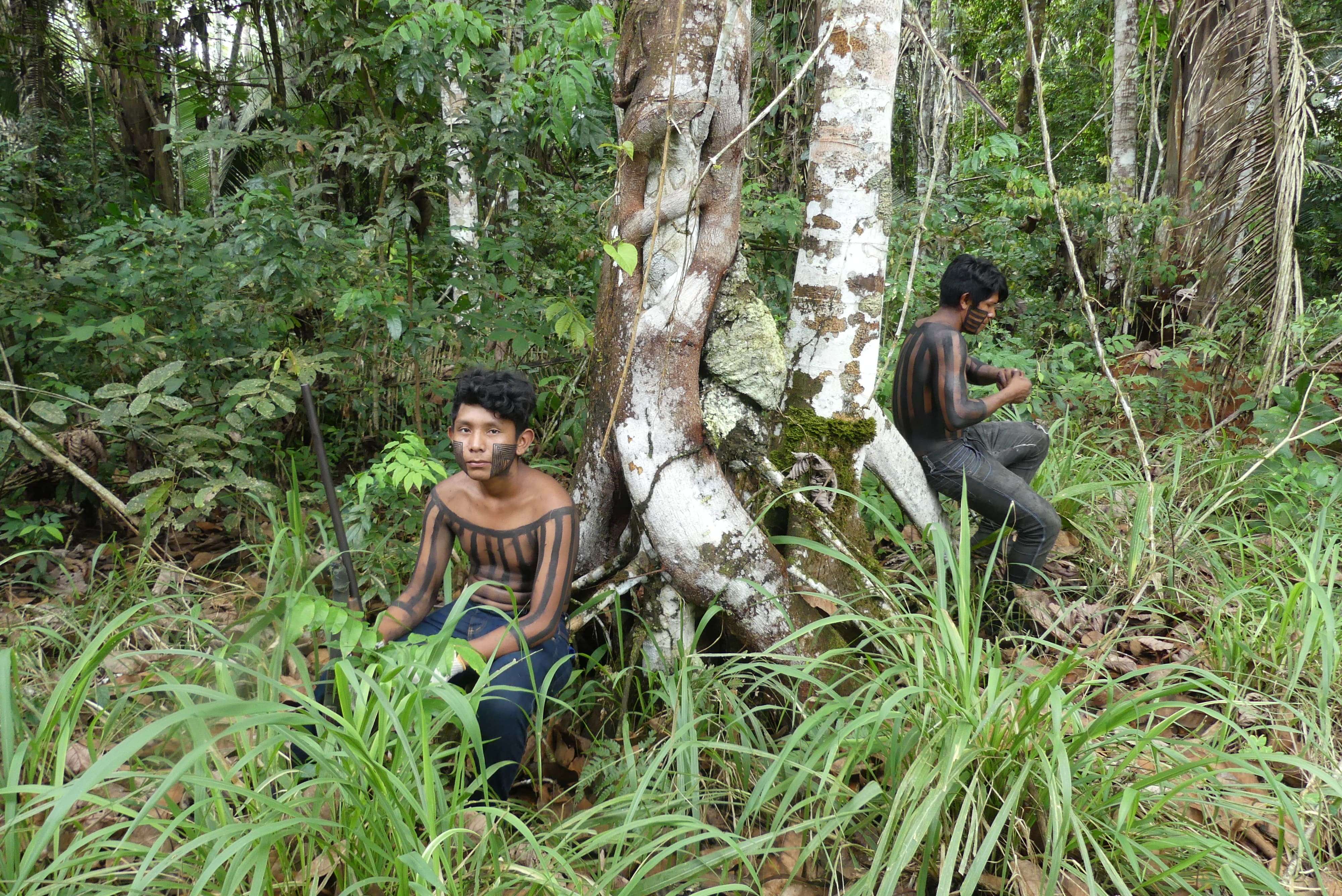 The Amazon is in danger

In the summer of 2019, huge fires broke out in Brazil. All eyes turned to the imperilled Amazon rainforest. A few months later, we went to the Altamira region of the Amazon to assess the state of this dying forest.

Long before we saw the harrowing images of the Australian bush and its wildlife being devastated by insatiable flames in the winter, the sight of the Amazon burning through the summer pricked our conscience and pierced our hearts and souls.

The lungs of our planet are suffocating

For weeks, the whole world watched helplessly as this treasure of biodiversity was consumed by flames. The situation, which had already been critical for years, worsened with President Jair Bolsonaro’s rise to power in early 2019. The country’s new strongman is supported by powerful agribusiness lobbies and farmers eager to take over and cultivate more and more land. Since his election, Jair Bolsonaro has opposed policies to protect indigenous people and the environment.

The consequences have been immediate. In the space of just a few months, the areas devastated by deforestation doubled. In 2019 alone, 10,000 sq km disappeared, compared with 4,700 sq km in 2018.

To get to the village of the Xikrin community, you have to trek through the jungle for 14 hours. On the banks of the river where some families have settled, the Xikrin are trying to live an isolated life in a secluded area. Life seems peaceful, but there is tension in the air. The men of the village and Bakoro, the chief, sharpen their weapons and mark their faces and bodies with war paint. 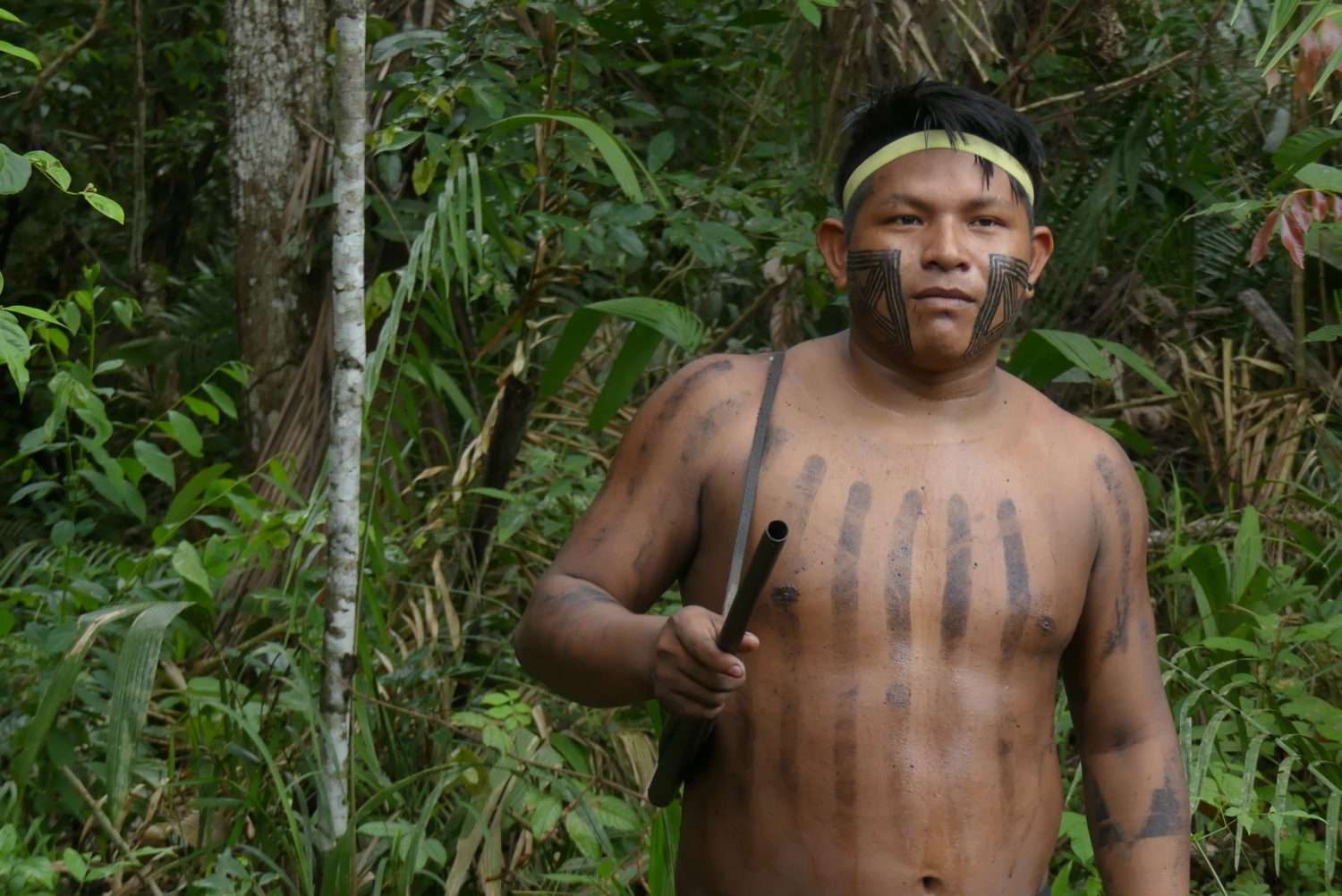 They are preparing to confront the white smugglers spotted a few days earlier on their land. The chief leads this hostile group as they hack their way through dense vegetation with machetes. With a grave face, Bakoro expresses his concern that some of the poachers may be violent. But he stands ready to use weapons to defend his forest. “We’ve always had the problem of deforestation on our reserves. Our land is demarcated but not respected. We’re not being listened to. We’re glad you’re with us today,” he says, looking at us. “When you go back to France you can tell the world about our situation. You’re all we’ve got.” He is worried about future generations, who he believes are at risk of being evicted from this beautiful sanctuary.

With their exploitation of the region’s natural bounty, soybean production and intensive livestock farming, the white man is eating away at our forest and destroying our habitat 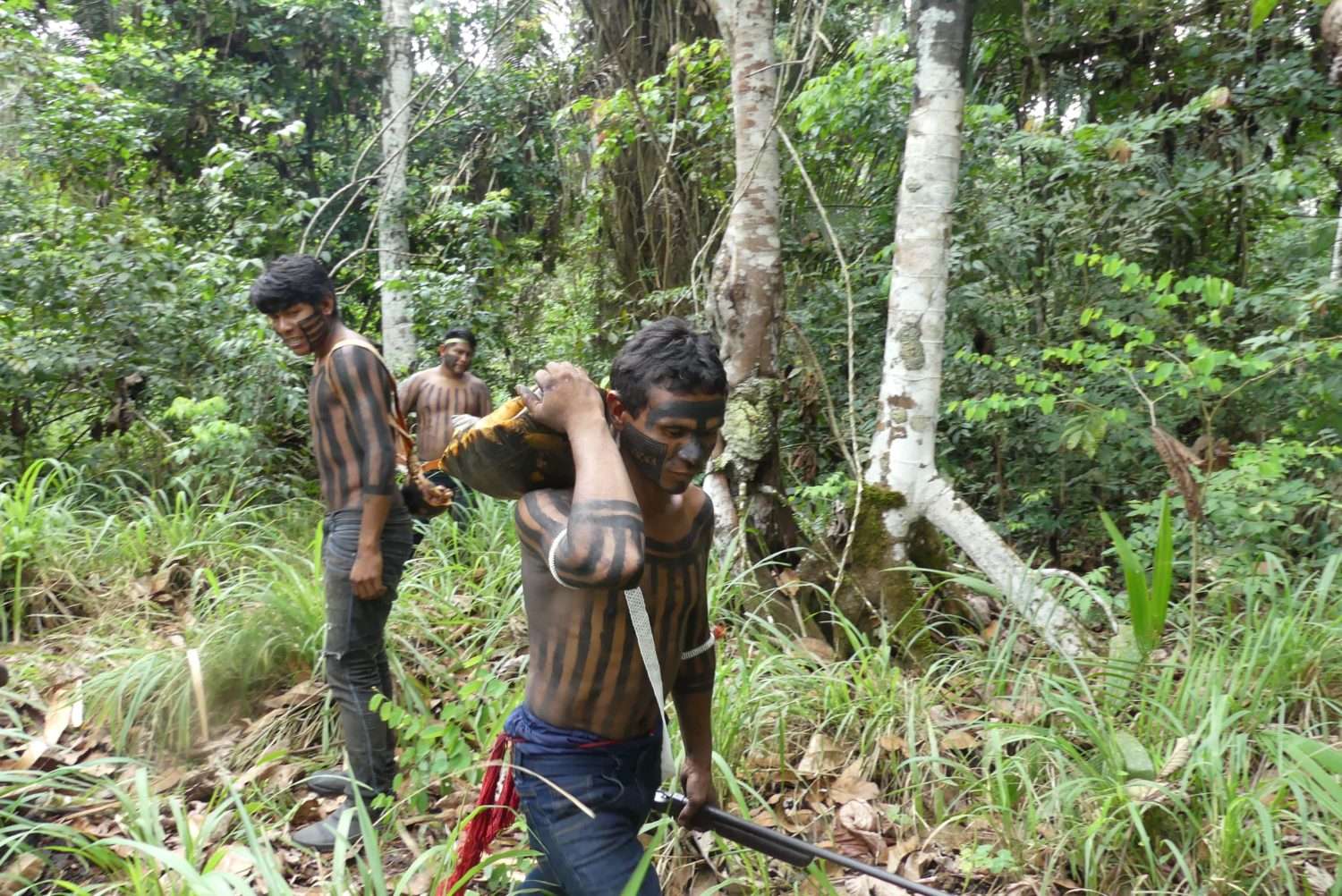 After a two-hour walk through thick vegetation, the small group, armed with derisory machetes, bows and shotguns, can only observe the damage, powerless. The poachers are gone, but within days they managed to clear an area of Xikrin land. Soon, they will sow grass seed to graze their livestock with no intervention from the authorities.

Bepkaeki, bow and arrow in hand, controls his anger. At just twenty years old, he is well aware that the war paint on his body can do nothing against the impunity enjoyed by these farmers determined to produce more at the expense of the Amazon, its biodiversity and its people. “Our weapons won’t help us,” the young man remarks bitterly. “But I am fighting to keep my culture alive, painting my body and attending meetings with our elders to learn traditions and uphold them despite our difficulties.”

Juma is a proud woman. On her face, she wears the symbols of her ethnic group, the Chipaya tribe, with dignity. But Juma has been backed into a corner. After enduring multiple threats and physical assaults, the young woman lives in hiding. This environmental activist for the indigenous cause is close to the great leader Raoni. For many years, she has denounced a mafia-like system that destroys forests, the environment and people. “The Amazon is disappearing and we can’t do anything about it because the country is corrupt. La Funai*, NGOs and environmental associations claim to defend the forest with the sole aim of obtaining funds that are then diverted.” With a lump in her throat, she holds back tears as she accuses the indigenous people themselves of being complicit in this system. “Many present themselves as victims of deforestation when, in fact, they are taking part in it in the shadows, letting farmers burn their forests in exchange for financial compensation, or even for alcohol. What is happening to us is terrifying… it’s suicide.” And the Amazon rainforest is dying. 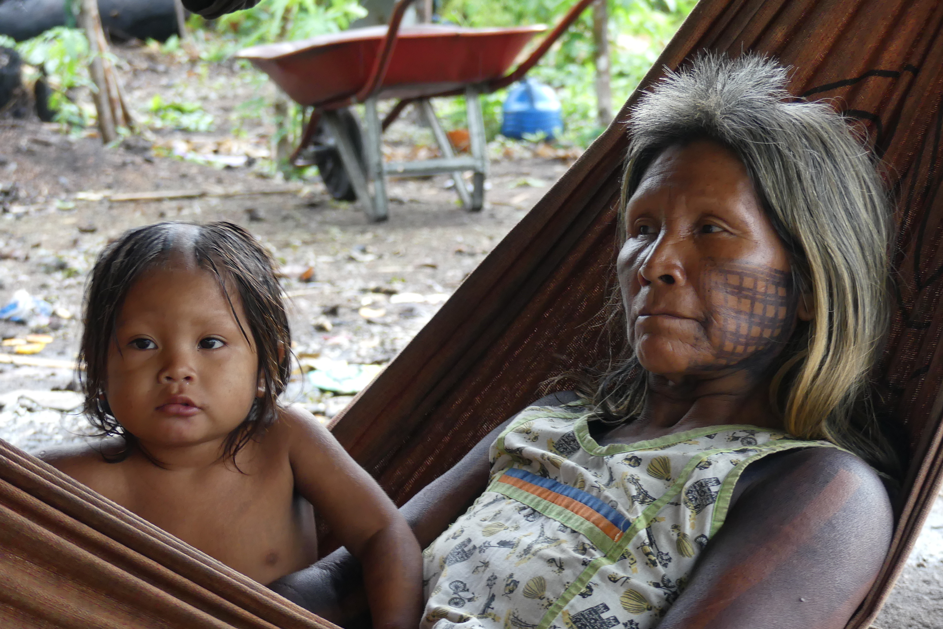 A tree planted every 3 seconds with our community all over the world is the challenge of biodiversity.
DISCOVER THE PLANT FOR THE PLANET PROGRAMME