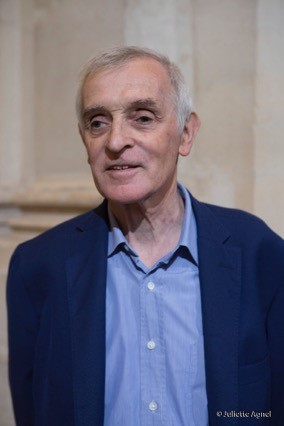 Renowned climatologist Jean Jouzel is a prominent specialist in the issues surrounding climate change. For years, he has been relentlessly warning us of the consequences.

A couple of years ago, people would smile when we mentioned record temperatures of 50°C. Nowadays, they smile a little less as that figure creeps ever closer.

You’ve been warning people about global warming and its consequences for years. The United States wants to withdraw from the Paris Agreement, while other countries are struggling to fulfil their obligations. Do you feel optimistic?

I was fairly optimistic after the Paris Climate Conference in 2015, because almost all countries ratified and signed the agreement, with the exception of Russia. I’m much less optimistic today. The American president wants to withdraw, and Brazil and Australia are dragging their feet, despite the fact that we’re currently producing 50 billion tonnes of greenhouse gas emissions. If we don’t take action, we’ll reach 65 billion by 2030, with the planet warming up by four to five degrees by the end of the century. That’s huge.

We’ve just experienced the hottest summer on record. Aridity is a big problem. The climate is undeniably changing. Is it still possible to prevent a catastrophe?

The climate for the next two decades is practically set in stone. Any action taken today would help limit global warming in the second half of the century. We have to act. If we don’t, we’ll be facing global warming that we’ll struggle to adapt to. This won’t just affect future generations, but young people today when they reach my age. We still have time to reduce our impact on the climate, but the efforts we’ll need to make over the next few decades are huge. This is an emergency. People can’t even imagine what’s in store. If we don’t act now, the world around us will be unrecognisable, with record temperatures 10°C higher. A couple of years ago, people would smile when we mentioned record temperatures of 50°C. Nowadays, they smile a little less as that figure creeps ever closer.

What do we need to do to reverse global warming, if that’s still an option?

The first thing to do is to honour our commitments. Even when others are withdrawing from agreements. France has committed to reducing its greenhouse gas emissions by 40% by 2030, and to achieve carbon neutrality by 2050. The country now needs to uphold that commitment and show the example to other countries.

During the hottest summer on record, you wrote a new book about the climate. What do you hope readers take away from it?

I’d like people to understand the importance of research. For thirty years, scientists have been warning people of the impact of the climate change that we’re now experiencing, and wider society has paid little heed to their words. I really want people to start taking these projections and figures seriously, because this affects us all.

Do you want to know more about our tree planting program in France and around the world?

Discover Plant for the Planet.