Home
On the ground
Source of inspiration
Auguste Coudray 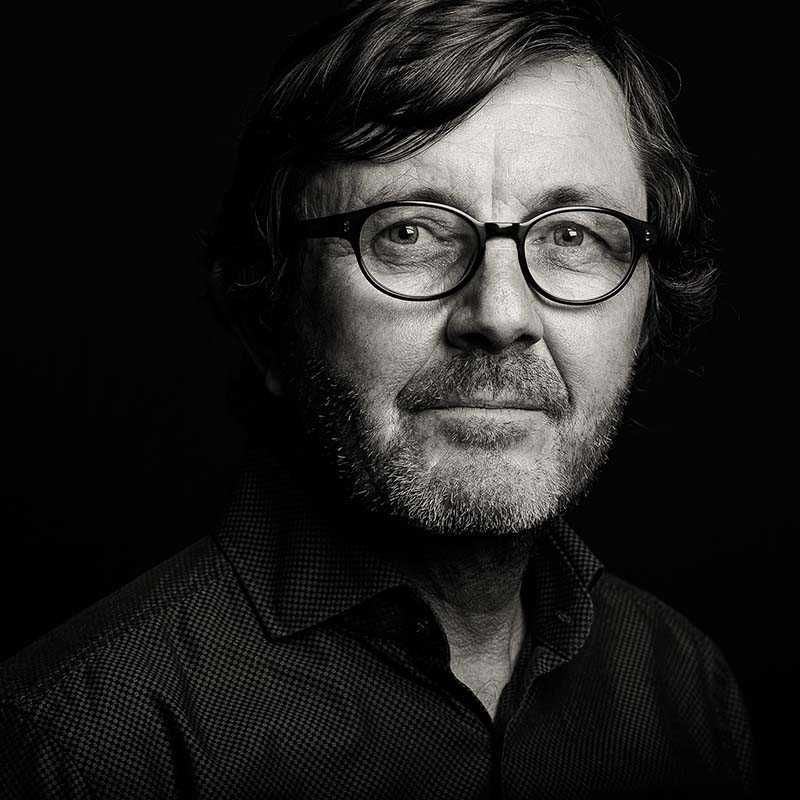 A head full of pictures

Auguste Coudray has been the Yves Rocher brand’s Director of Communications and Public Relations in Brittany for the last 25 years. He is also the Director of the Yves Rocher Foundation and President of the La Gacilly Photo Festival. Here, he tells us more about this unique photography event.

Can you tell us how La Gacilly Photo Festival came about?

Every year, the village of La Gacilly is transformed into a maze of open-air galleries.

What makes the festival in La Gacilly so special?

Firstly, everything happens outdoors, at street level. The first year, we set up a green labyrinth, within which we showcased our first photographs. The public was enthralled by the idea of viewing nature photography in a natural setting. The festival is unique in the way it appropriates the public space, becoming a source of information, inspiration and discussion. Streets, alleyways, gardens, paths, riverbanks: the village of La Gacilly is transformed into a maze of open-air galleries.

Do you see it as a regional, very Breton festival? Or as something more outward-looking?

The festival is undeniably rooted in its region: Morbihan, Brittany. But it’s also outward-looking. The photographers showing their work are from all sorts of different countries, and every year’s themes are very international. The festival is aimed at people who live in the west of France, as well as at French and international holidaymakers visiting Brittany.

We hope to speak to people through the power and beauty of the images.

Would you describe La Gacilly Photo Festival as activist?

It’s activist in the sense that it offers complete accessibility by being free of charge and staged outdoors. But it’s also committed to provoking change in our desire to illustrate human impact on the environment. This can sometimes shock visitors, but we always try to speak to people through the beauty of the images. We also hope to inspire and share a message of hope by demonstrating that there are people out there who are working for the common good, and that it’s always possible to take action.

Is there an underlying theme for each edition of the festival?

Yes, the ‘People & Nature’ theme, which seeks to shed light on photographers’ visions of how humans and the environment interact. One of the features of the festival is that it hosts a resident photographer every year, who is commissioned to illustrate the year’s theme in a photo report focused on the communities in Morbihan. This means that visitors have the chance to see environmental photo reports stretching from the other side of the world to Morbihan.

The festival is incredibly successful…

Yes! Today, the festival attracts over 300,000 visitors per year. It is extremely well-known in Brittany, and in the west of France in general. It’s a real boon for domestic tourism. For the past two years, it has also become popular in Austria, where we had 200,000 visitors last year! Added to that is our presence in train stations (in Brittany and at Montparnasse in Paris) and the millions of views we record online. Ultimately, we reach hundreds of thousands of people. We’re proud to be the longest and most-visited free outdoor photography festival in Europe.

In the press, La Gacilly is described as a ‘village rooted in photography’ rather than the other way around!

How do you explain this success?

People come here because the programmes and themes appeal to them. We have astonishing settings, renowned professional photographers, 1,500 epic works of art in XXL format (some of them spanning 80 m²), and these are what make it a success. In the press, La Gacilly is described as a ‘village rooted in photography’ rather than the other way around! The destination evokes ideas of pleasure and meaning: pleasure shared with family or friends as people come and look at photography with real meaning, images that stimulate debate.

La Gacilly is a village at the confluence of art, nature, beauty and well-being.

To conclude our discussions about La Gacilly, in what way do you see it as an exemplary village?

At La Gacilly, what we prioritise is the experience we offer our visitors. La Gacilly has become a destination in its own right. It’s described as a village at the confluence of art, nature, beauty and well-being. Whether you come for the photography, for Yves Rocher, for local craftsmanship or for the unspoiled countryside, you leave with a little bit of everything.

Photography is an extraordinary tool for raising awareness and questions in a sensitive manner.

How do images serve as visual witnesses that spur people on to take action?

Photography has the ability to speak to each person’s inner core in accordance with their own individual story. Photography is an extraordinary tool for raising awareness and questions in a sensitive manner.

Do you think images are more powerful than words when it comes to defending a cause?

I think photography is one of the most hard-hitting ways of touching people. Having said that, I’m a firm believer in the power of words, too. One doesn’t preclude the other. Rather, they interact and complement each other.

Are you a professional photographer working on themes linked to the environment and the relationship between humans and nature?

If so, find out how you could access support through the Photography, People & Nature programme.

OR
Looking for more information on the Foundation’s initiatives?

Every day, women around the world are working for change, while the Yves Rocher Foundation highlights their dedication to environmental protection.
Discover the Terre de Femmes Programme.