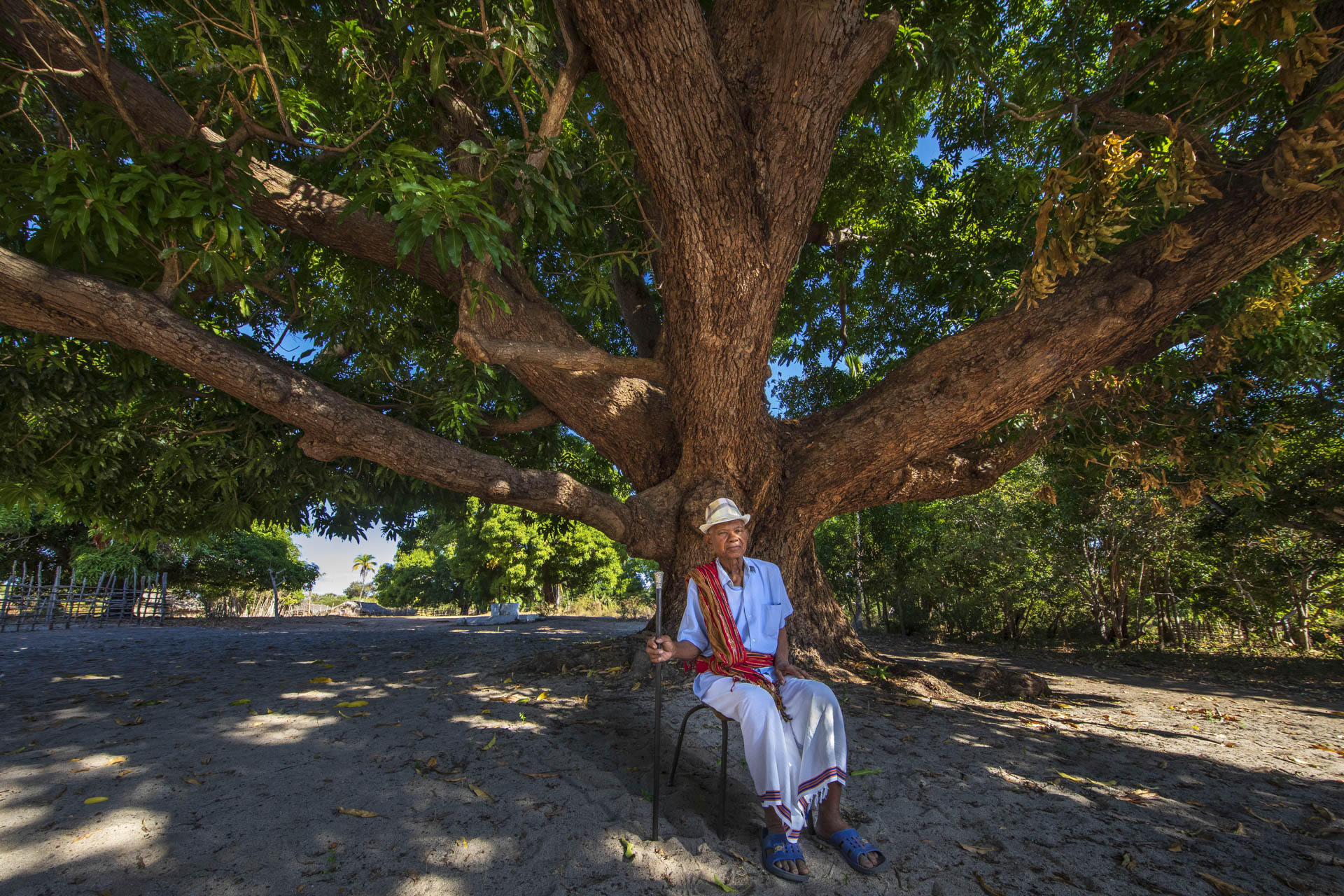 Madagascar: the Guardian Angels of Biodiversity

The Yves Rocher Foundation has been active in Madagascar since 2012, helping to plant close to 1.2 million trees with the support of the Identi’Terre association. To help combat deforestation and protect lemurs, it is also involved in a planting and support initiative in partnership with the Natural History Museum. Ulla Lohmann was commissioned by the Foundation to travel to the ‘big island’ to document the local communities working to protect the island’s unique biodiversity and forestland.

The sacred lemurs of Madagascar

Under the shade of the towering mango trees, Prince Tsimanendry walks on, helped along by his cane and wearing his hat and sunglasses. He releases a pitch-perfect imitation of the lemurs’ strident calls and the primates respond in kind, ratifying his accuracy. His Highness works to protect both tradition and the environment. As the head of the Sakalava community, the Prince sees lemurs as sacred beings. 95% of these vulnerable creatures are currently endangered. With over 80 years of wisdom to his name, Prince Tsimanendry is well aware of just how high the stakes really are. He draws on his authority to help protect them and the trees necessary to their survival.

Deforestation in Madagascar: a devastating threat to biodiversity

In Madagascar, deforestation is an unmitigated disaster. Through the exploitation of precious wood and bush fires, the country has lost almost half of its natural forest cover in the last 60 years. In 2000, the Sakalava officially requested the creation of a protected zone. In response, Antrema, located in the Boeny region of north-west Madagascar, became a 20,660-hectare biocultural nature reserve, now protected by the community itself.

The Natural History Museum and the Yves Rocher Foundation are supporting the Prince and local villagers in their daily work to protect lemurs and trees. Welcoming us into his humble home, the Prince takes great pleasure in recounting how one of his ancestors, who was lost and injured in the forest, was saved and healed by the lemurs. These animals have been considered as sacred here ever since, and to cause them bodily harm is to commit sacrilege.

The community is more receptive when I say we need to plant trees. The villagers take part in planting programmes, refrain from felling trees without permission and respect the lemurs. – Prince Tsimanendry

In a neighbouring village, 45-year-old fisherman Claude busies himself making a pirogue, and illustrates the principles that reign here. He agrees with the Prince and abhors the idea of inflicting even the slightest harm on lemurs in a context where some poachers hunt them for meat. “Killing them can bring bad luck,” he explains.

As for wood, “it is a precious shared resource that we should all respect,” says Claude. He is using acacia wood to make the vessel he has been working on for the past two months. He began by informing the local authorities he was interested in using the wood, and after running checks, they granted him permission to take what he needed – but no more. 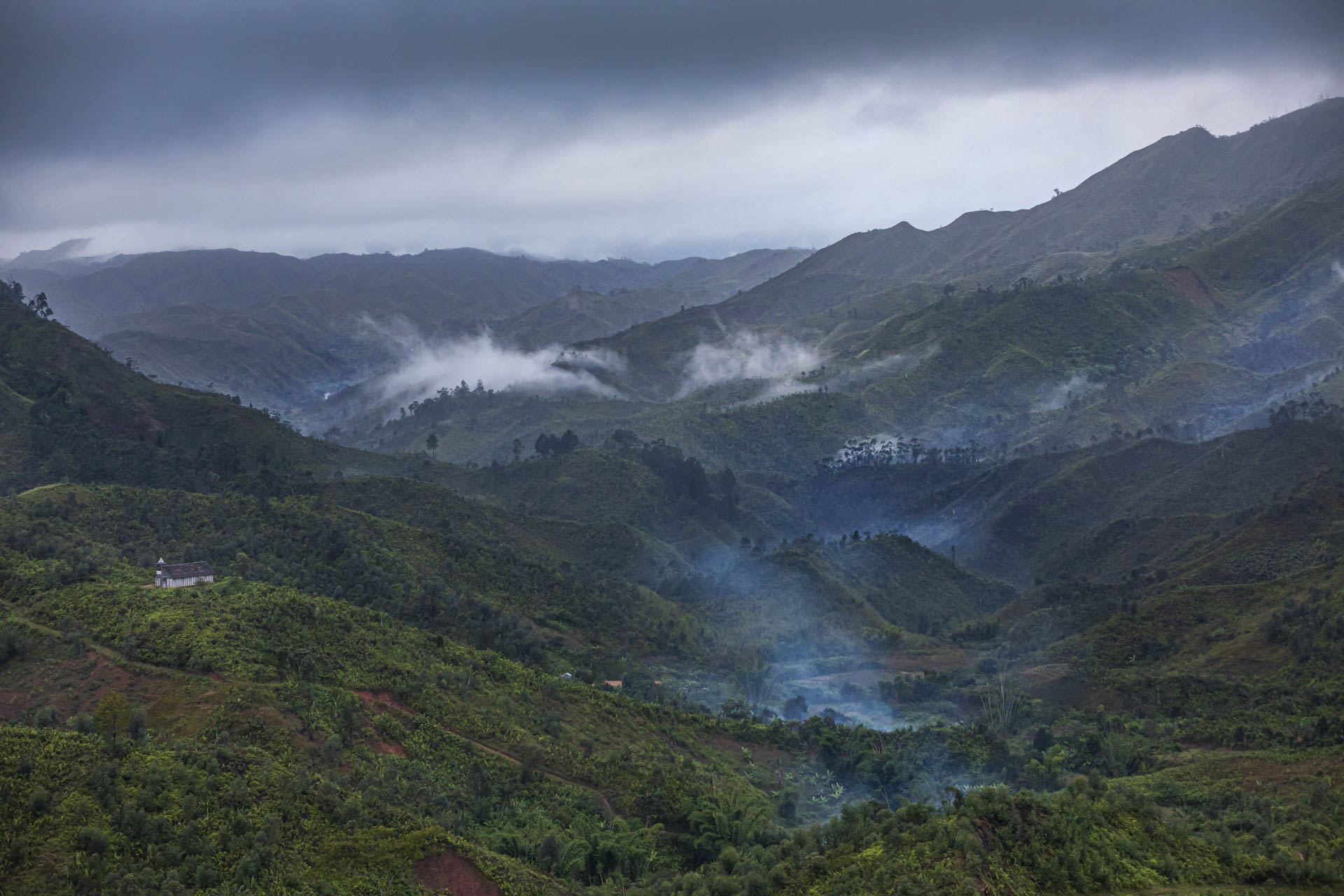 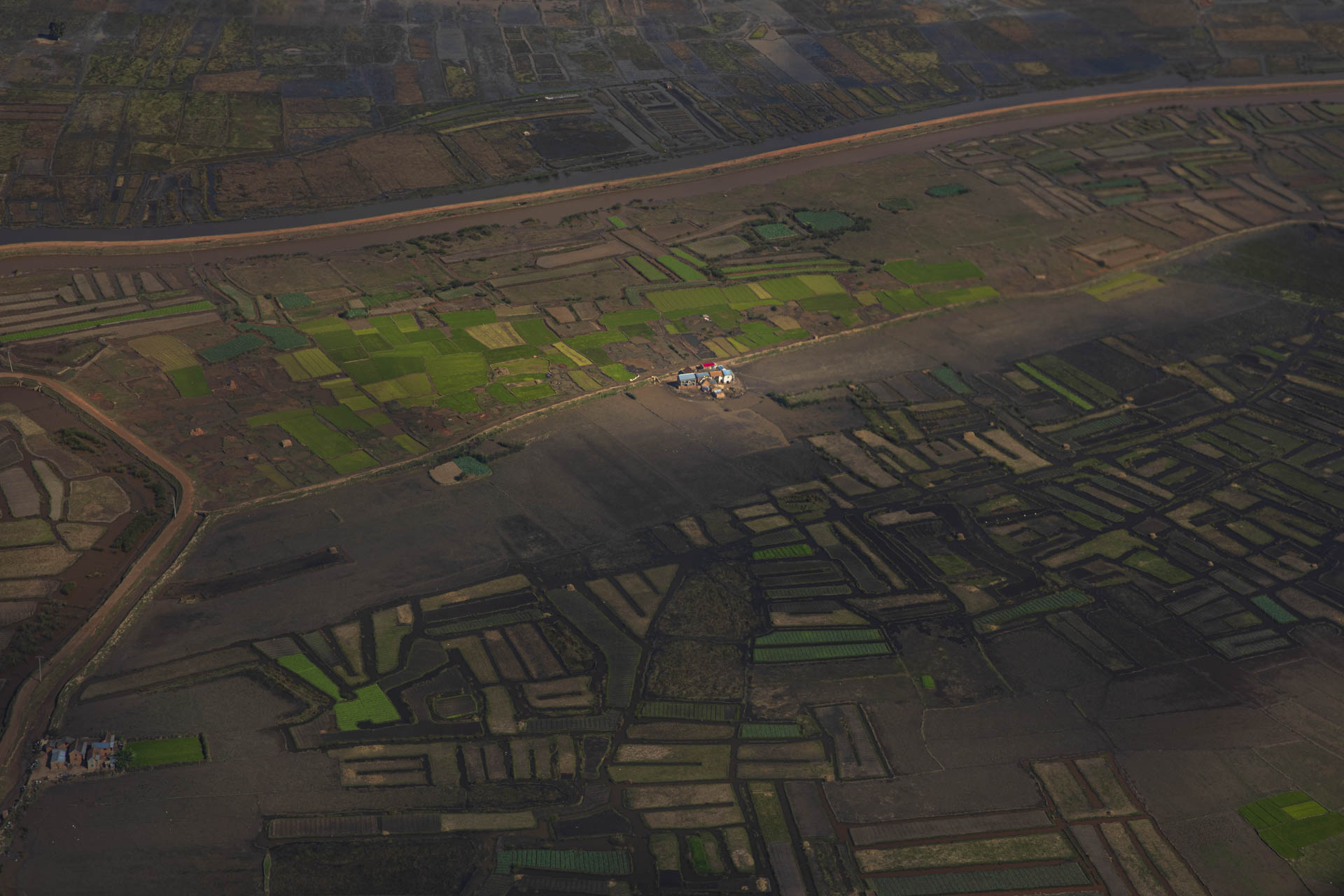 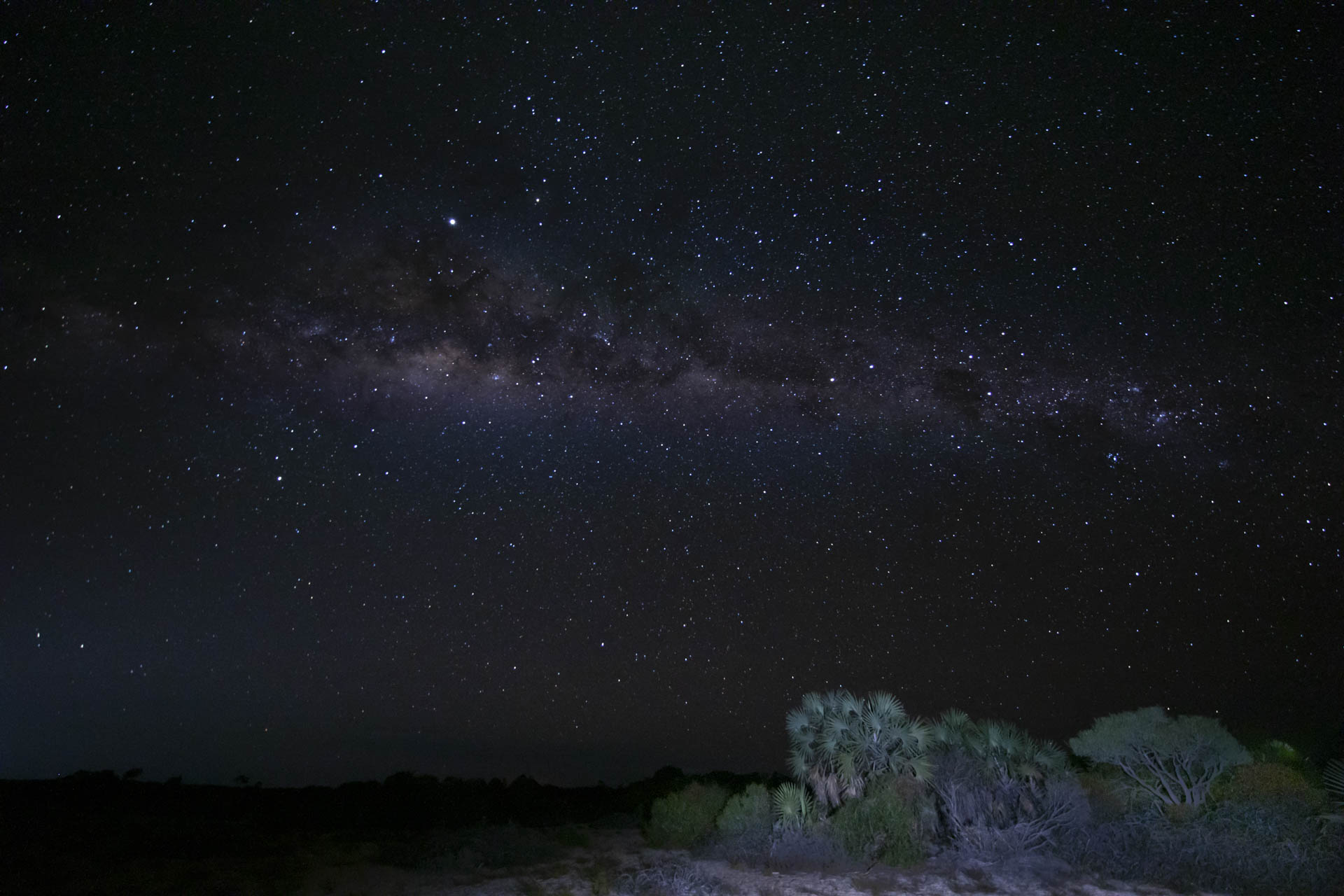 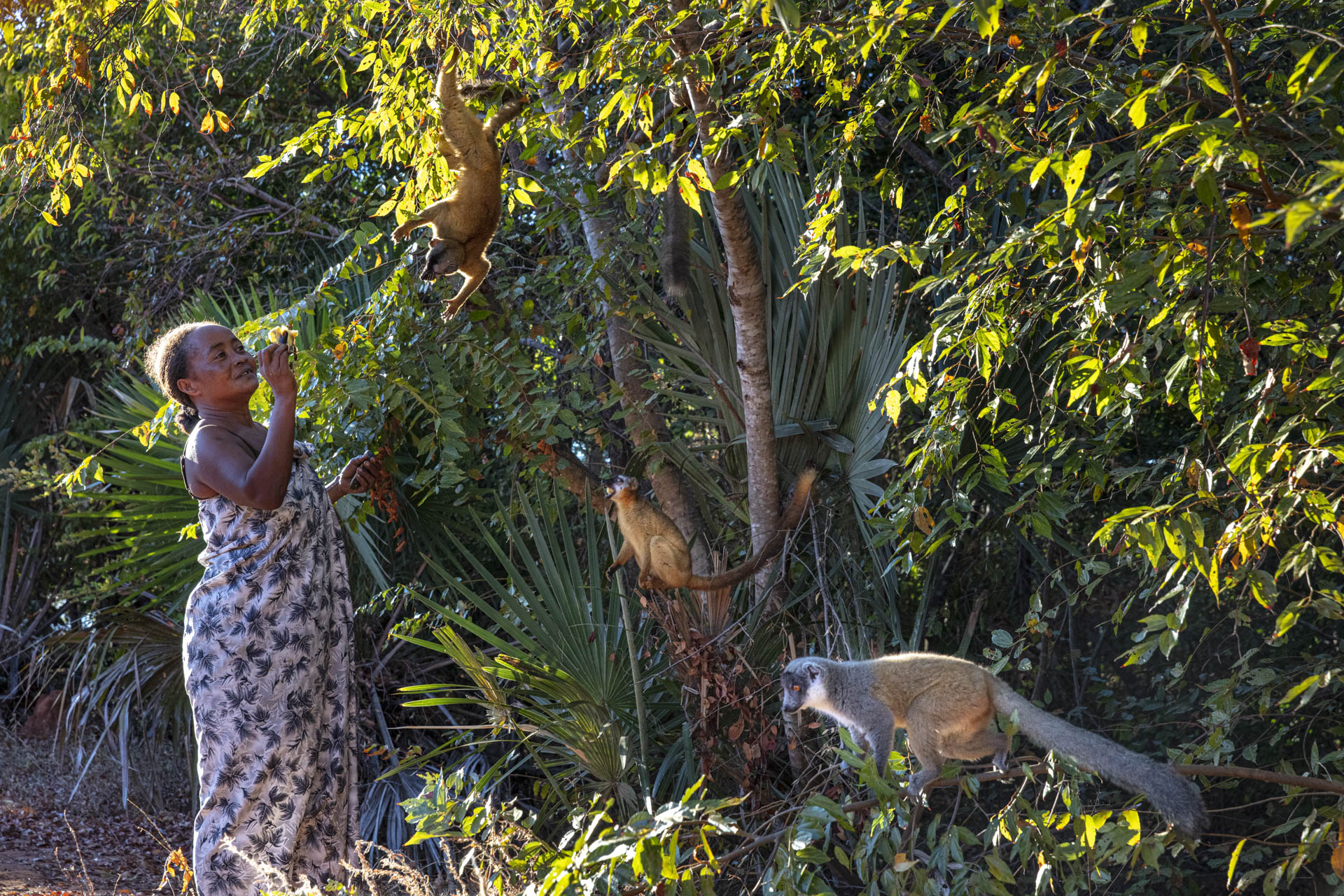 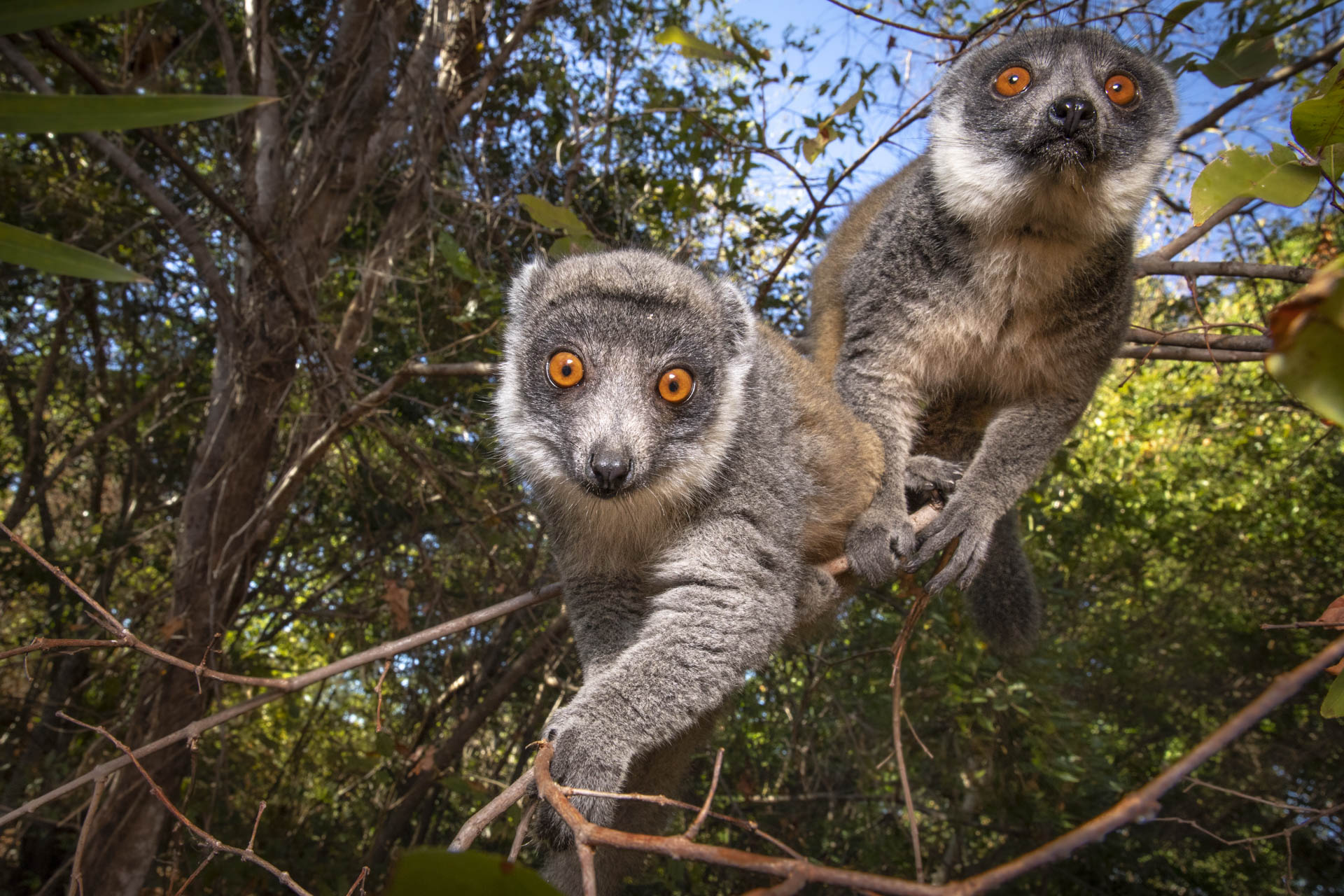 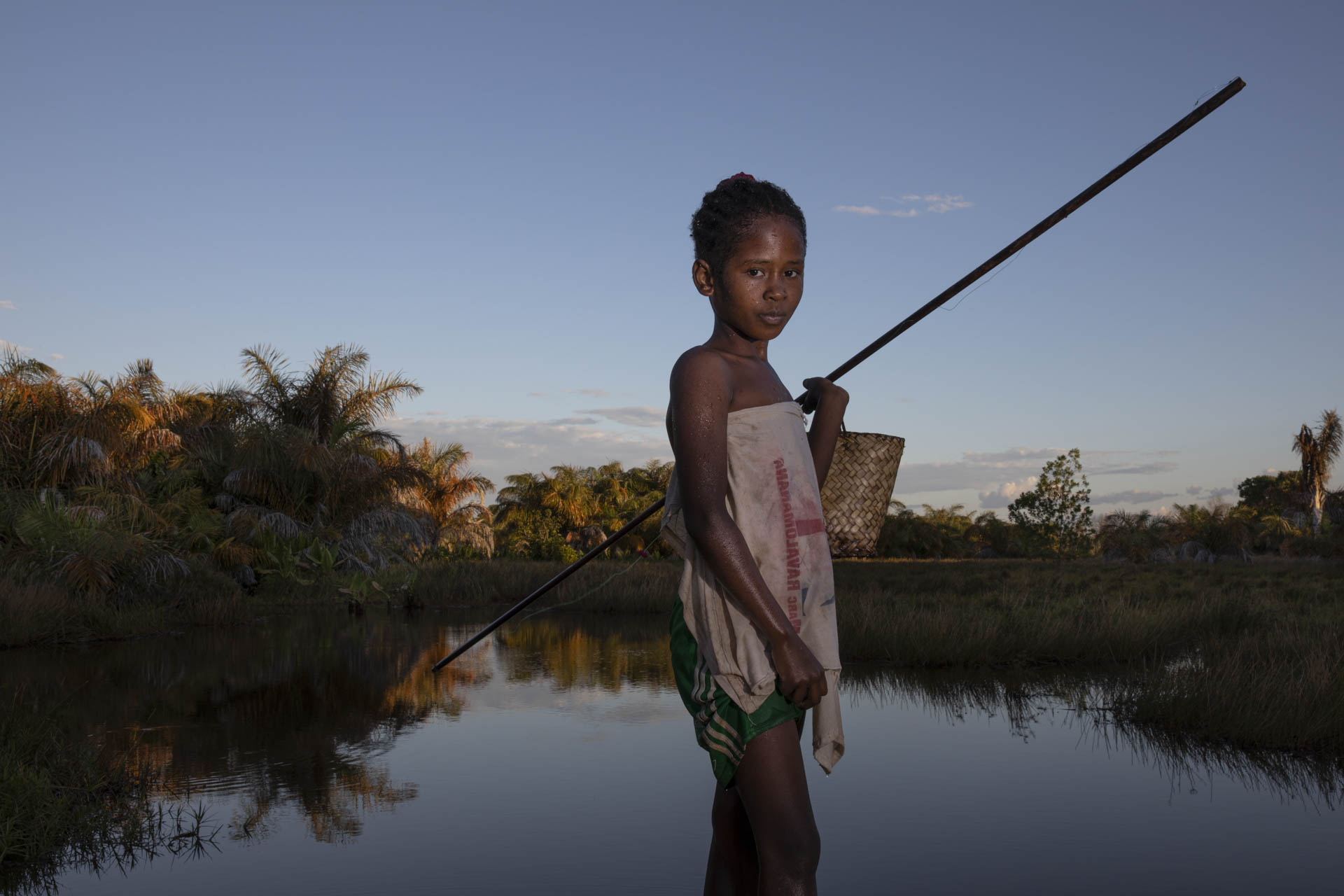 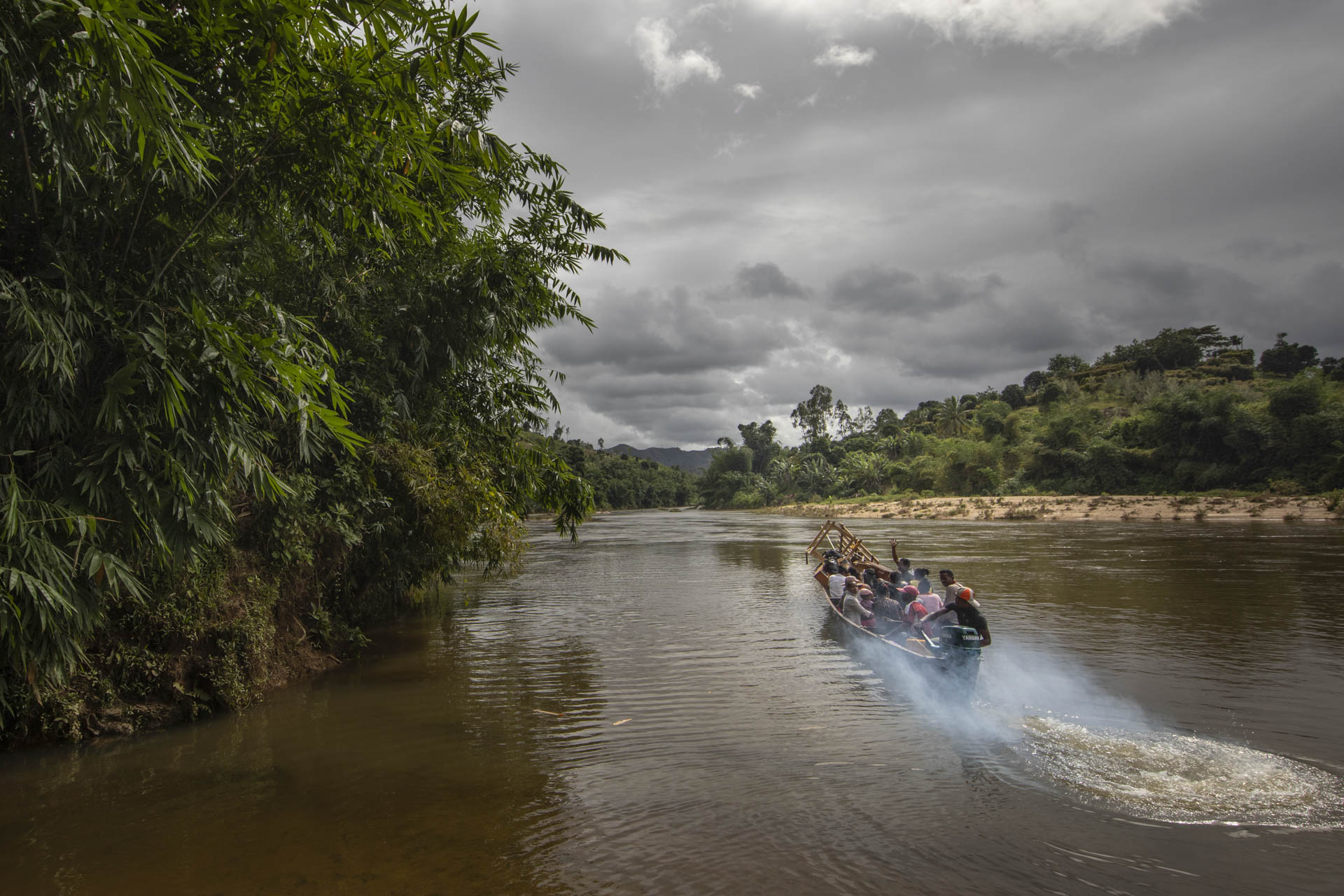 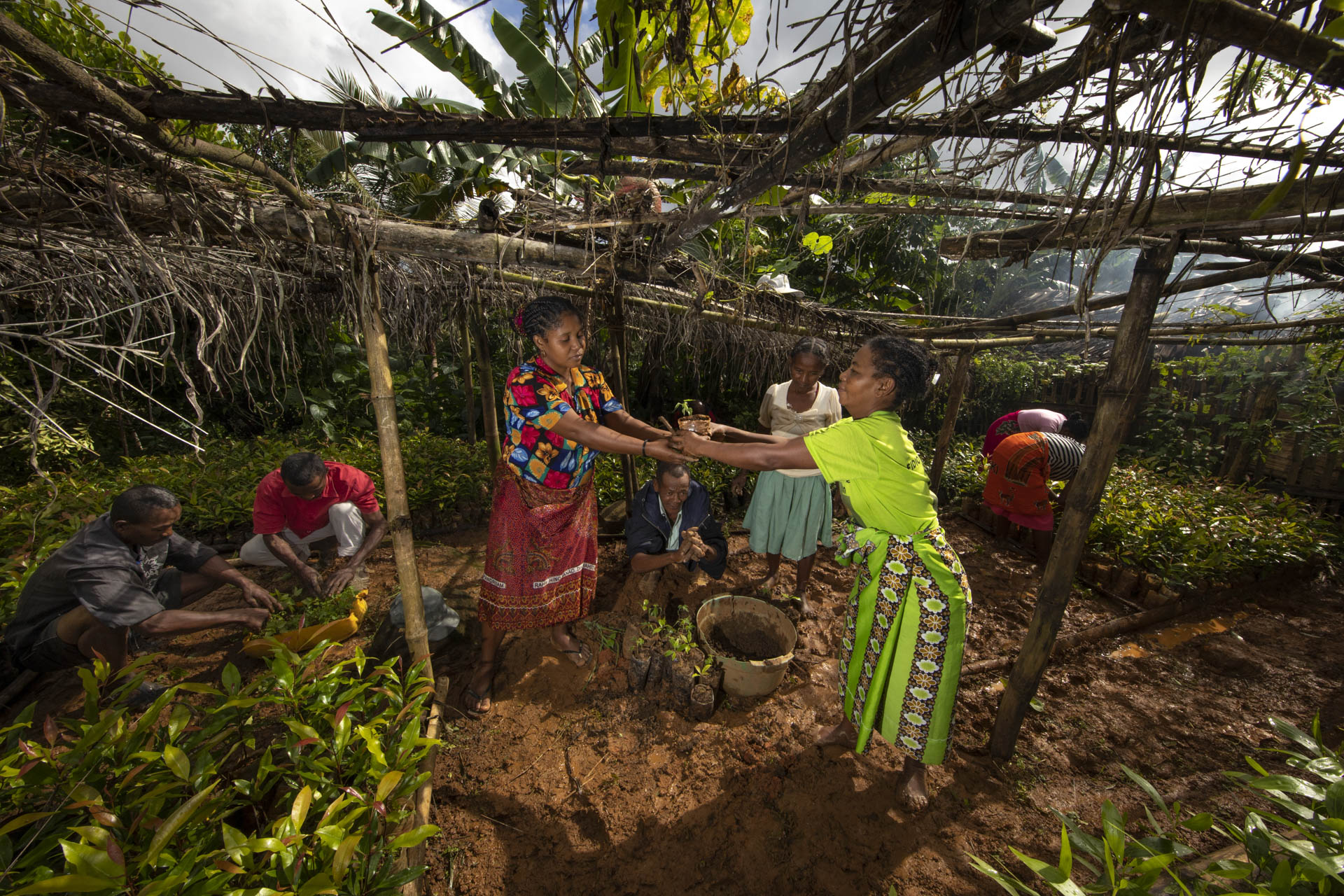 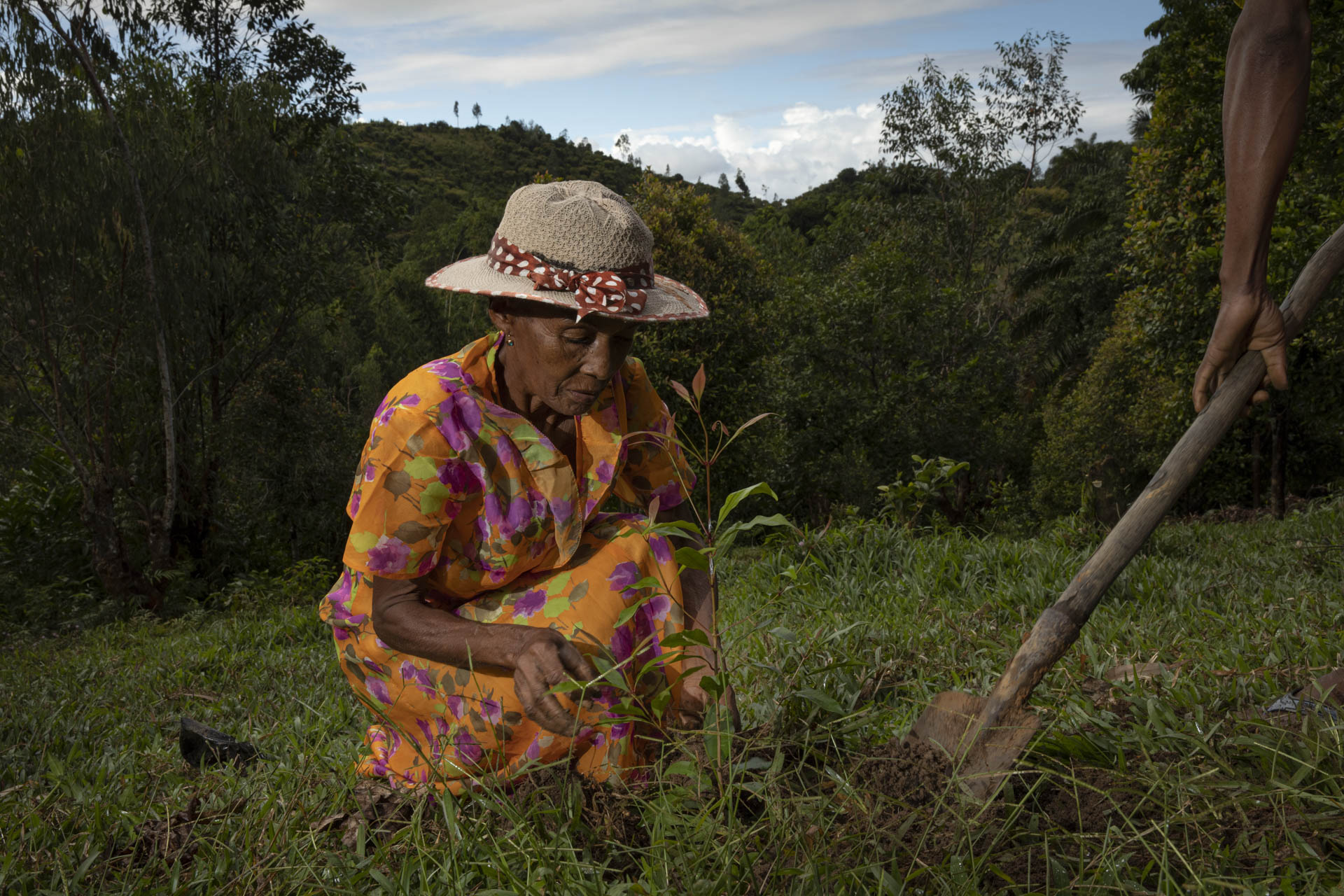 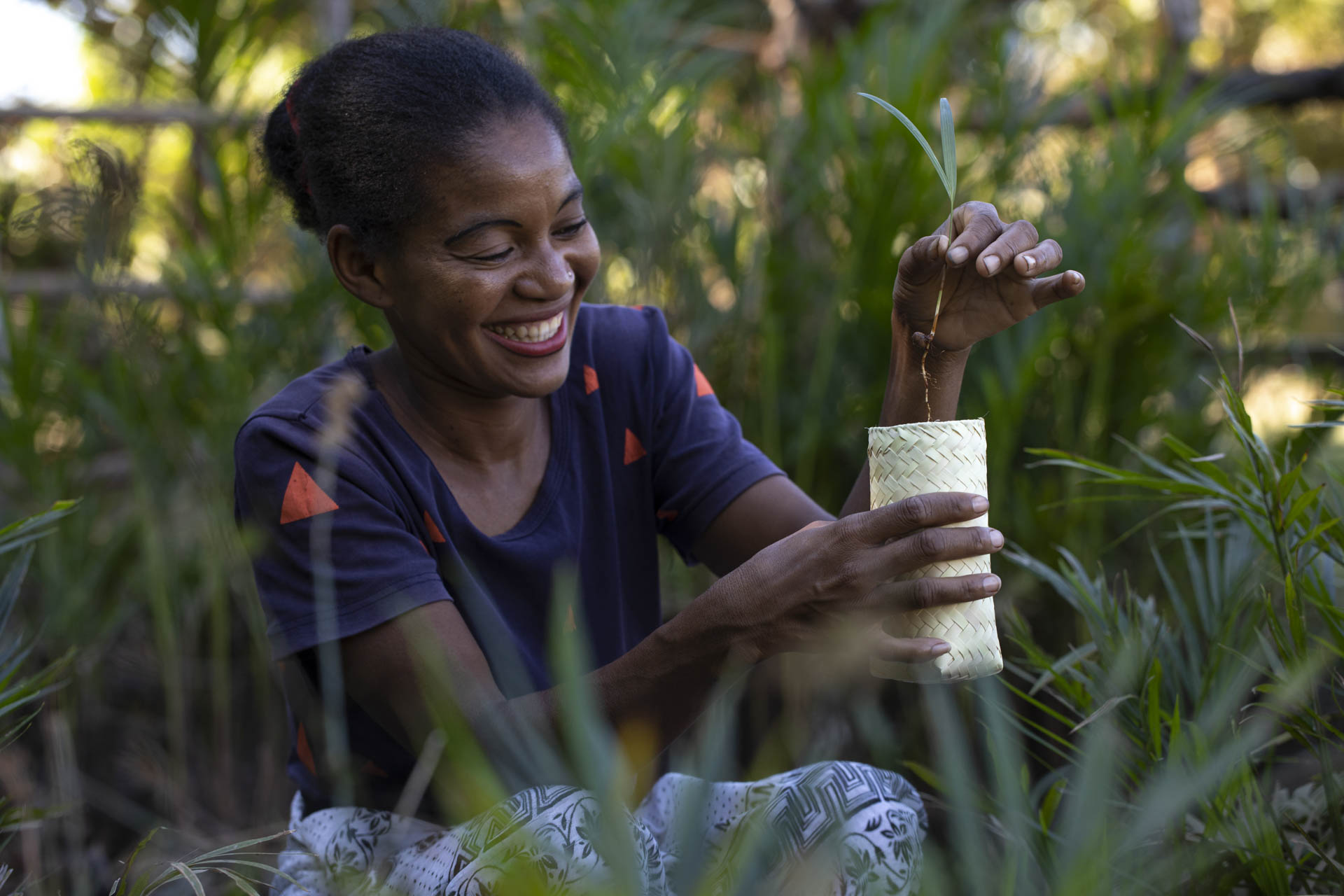 The Analanjirofo region: yet another victim of deforestation

Several hundred kilometres from Antrema, on the other side of the island, lies the region of Analanjirofo, where the landscape and climate are different, but the problems remain the same. This very damp tropical zone is home to an especially rich biodiversity that is under threat from deforestation linked to the poaching of precious wood and to a practice known as teviala, where fire is used to clear forestlands. Another lesser factor is charcoal, the primary fuel used by inhabitants. Local communities are forced to cut down trees to make the charcoal they need, despite the deforestation this causes.

The Yves Rocher Foundation is working with local communities to plant endemic trees.

Reforesting Madagascar), a charity that works with local communities to plant and restore trees, and to raise awareness about the importance of safeguarding the forest. Josiane, a local project leader who has been working for the scheme since 2012, never tires of reiterating how urgent it is to take action: “We are losing a lot of forest cover as a result of bush fires, charcoal-making and a host of destructive cyclones”.

In this region, whose name literally means ‘clove forest’, the programme involves planting clove trees to generate additional income for families who can extract essential oil from their leaves. The dried cloves are also sold and the wood used as fuel. “The community is actively involved in the various nursery initiatives and tree-planting schemes. Training is crucial to our plantations’ survival, too,” explains Josiane. “We are also working to incorporate fertiliser trees that replenish highly damaged soil depleted by erosion. We need trees. Trees are life.” 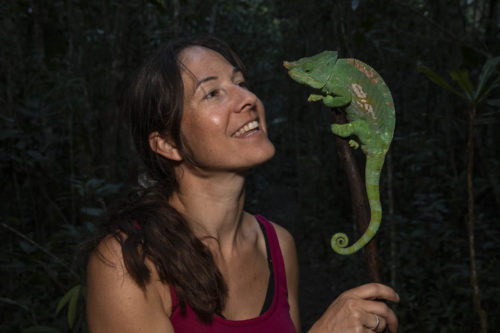