Home
Guardians of the Amazon rainforest 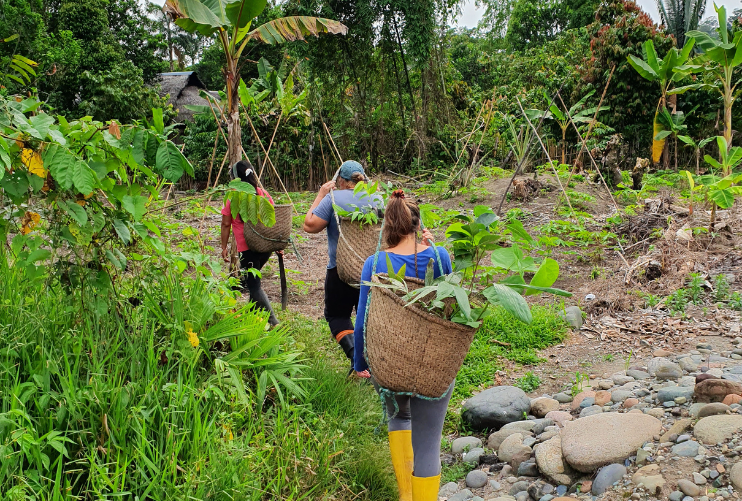 Guardians of the Amazon rainforest

We went to meet Atayak and Ishpingo, two non-profit partners which we support in Ecuador. Plant for Life Programme Leader Marine Segura headed out into the field in Ecuador with Jean-Philippe Beau Douezy, who co-founded the programme with Jacques Rocher. Here is Marine’s story about her trip to the heart of the Amazon rainforest.

Marine : My journey started in September. My bags were packed and I simply could not wait. I was longing to start my big adventure. I barely had time to realise that we were flying to Ecuador.

When we arrived, we were welcomed by Sabine Bouchat, winner of the Terre de Femmes 2010 prize for Belgium. I met her husband, José Gualinga, who chairs our partner non-profit Atayak. José is also the son of Don Sabino. Don is a Yachak, a kind of traditional spiritual authority among the indigenous community behind the Sisa Nampi project. This project (which also goes by the name “Living Border”) involves creating a barrier composed of flowering plants around the Sarayaku territory to protect it from invading petroleum companies.

The forest guards the land and its people from any attempted incursions or destruction. Should this great barrier fall, the people and environment within it will be under threat from massive timber and oil extraction. The locals have been fighting to preserve their territory since petroleum companies first arrived in 1990.

To get to Sarayaku, we had to follow a winding road to reach a small boat. We needed to travel the river’s many meanders, a journey which takes a day in a motorised dinghy. We crossed the Pastaza River and Rio Napo. It was not easy to navigate. The little boat drifted in the currents.

The village in Sarayaku is self-reliant. The inhabitants had plenty to do, and they busied themselves with their respective tasks. Night was falling as I arrived. Everything was quiet and the atmosphere tranquil. A few children came to say hello. I instantly noticed that this was a people who lived with a sense of discretion and simplicity.

It was then that Sabine pointed us towards our accommodations. The shadows of the houses standing tall on their stilts stretched out impassively on the marshy ground. The homes had a certain artisanal charm. The local people are wedded to their culture and adapt to nature – yet nature sometimes puts them to the test. When the river bursts its banks, it floods and destroys many of the houses lining its course.

In the evening, we gathered around a carefully cooked meal. The people described life in the village to me and the things that drove them and spurred them to take action. I felt great collective energy among them. They lived and organised themselves into mingas for work that required a joint effort, such as maintaining shared property. The school’s land needed to be cultivated or looked after several times a week. After some hard work, I joined these communal moments shared with a traditional drink.

These people have a different way of life, and their physical condition is adapted to handle everything nature might throw at them. During our excursions, I was fascinated by the speed with which they travelled and moved in the sometimes hostile jungle. It was important to maintain a constant alertness and pick up on even the slightest movement. Yet we felt safe at all times with our guides.

I continued my journey into the virgin forest, evading the relentless sun. I doggedly followed our guide’s instructions, in between a few mosquito bites, so that I wouldn’t err. I felt lucky to be included in this community, and grateful most of all. It is not often one has the chance to join an indigenous community.

I arrived at the “Living Border” project’s site. It was in a spot that had been cleared and replanted 10 years ago. It was regularly maintained, and I could see its first buds peeping out. I then wandered through the botanical garden and healthcare space before visiting the school that the Yves Rocher Foundation helped to fund through the Terre de Femmes programme. Ours is a dual mission as we must support tree planting to protect both the territory and the local people’s environment.

Soon, it was time to hit the road again! This time, I was heading for Tena. What a spectacular sight. The lush forest was extremely dense, cleaved only by the meandering path of a constantly moving river. When I was there, we could not see Sarayaku’s floral border, but when the trees blossom, it creates a breath-taking landscape.

Filled with a sense of well-being, I arrived at my destination where I would visit our partner non-profit Ishpingo. Ishpingo was founded by Flore Moser (France’s first prize winner in 2008) and Antoine Vullien.

Here, we were still on the edge of the Amazon rainforest, but the scene had changed – we had reached civilisation. It was clear urbanisation was very much underway.

Historically, these spaces were colonised incrementally, and the local people were forced to grow their food on increasingly small plots of land. This is an agricultural region, but not like in Europe. Small fields grow monocultures, including corn. These are indigenous farming communities. The Yves Rocher Foundation and its local partners work with farmers to teach them techniques for practising agroforestry and planting local species and supply some wood so that people don’t have to cut down precious wood from the forest. To diversify its income, the organisation has started producing essential oils – an excellent choice!

In 2018-2019, the Foundation supported a planting campaign. 20,000 trees were planted on 55.5 hectares of land. All in all, 42 farmers, engineers and technicians took part. 45% of the plant species were native to Amazonia, while others were fruit trees suited to the local climate. 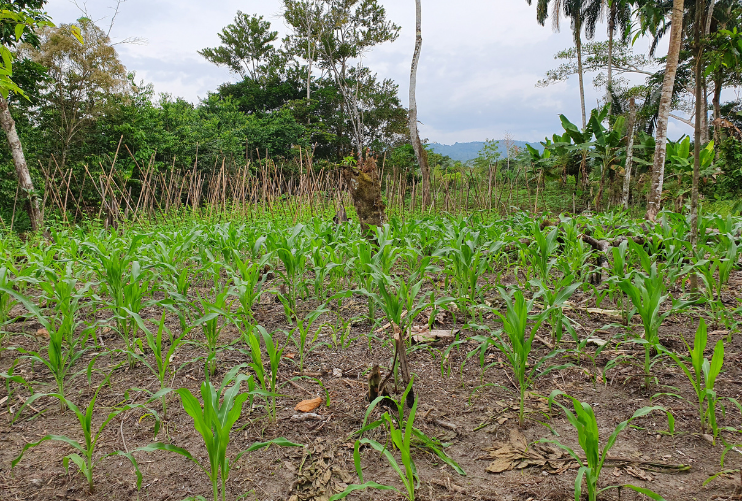 After my visit, I was happy to see numerous national parks. These old-growth forests are important. I could see mother trees, which would birth saplings as they cast their seeds on the ground. As soon as they emerge, these trees are picked and carried to host nurseries. Once they are mature enough, they are replanted in smallholders’ fields where they can flourish unimpeded. This is essential work as some mother trees are becoming increasingly rare.

As my explorations continued, the moment for action had come. We went to the Sindy nursery which houses 5,000 plants. This nursery is organised as a minga and managed by 50 or so people from two communities. We are now rebuilding and lovingly maintaining this resource. I joined a group of women who had gathered around in a semi-circle, and together we enjoyed one another’s company as we bagged up the soil. A smile spread across my face as I felt the immense enthusiasm that comes when people band together.

My final thoughts about this field visit

During my journey, I was moved to see how Sabine and José fought for their community. They did this by raising awareness about how to work with the environment and taking action on the ground. Theirs is a courageous act.

One story in particular left its mark on me. There was once a man living opposite the flower garden we visited. On his land there was a tree which he cherished dearly. There was a very strong connection between these two living beings – until the day the oil companies arrived. They ruined and pillaged the land, cutting down the tree. A few days later, the man died of grief, much like a mother who loses her child might. I was overwhelmed at the thought of this kind of relationship with nature. Trees are sacred, totems, waymarkers, confidants and friends. They are man’s medicine and possess extraordinary health benefits.

I am happy that, with the Plant for Life programme, we are helping to repair the effects wrought by unsustainable practices and protect life on Earth.

An other point of view : threw the lens

Catalina Martin-Chico, our “slow journalist” who “takes the time to immerse herself in human situations, to create links”, accompanied this mission of the Yves Rocher Foundation to bear witness to the life of the people of Sarayaku in harmony with the forest.

Also find his testimony as a field photographer in the dedicated article.